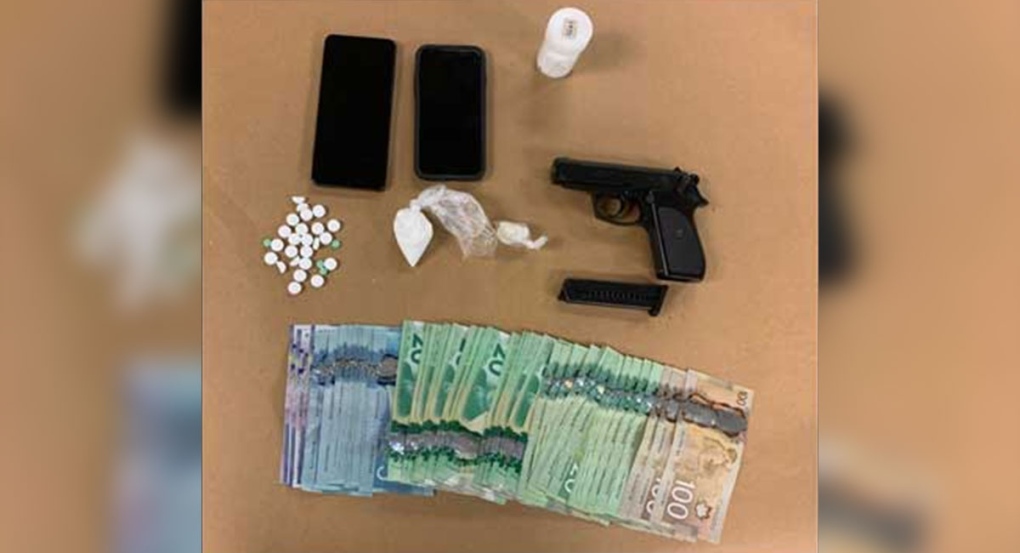 London police have charged two people after a call about an alleged theft led to the discovery of drugs, cash and a replica firearm.

Officials were called to a retail store at 1105 Wellington Rd. S. around 3:30 p.m. Tuesday for a report of a theft.

Police say two suspects attempted to flee in a vehicle but were arrested without incident.

A search of the vehicle found:

The woman was also charged with dangerous operation of a vehicle and flight from a peace officer.

She is scheduled to appear in court in January 2022, while the male has a court appearance Wednesday.