'The whole building was shaking, rumbling': Worker recounts collapse and efforts to save those trapped

With concrete crashing down around him, and the building making a "rumbling" sound like he's never heard before, Roland Kovacs didn't think to run.

Kovacs, 32, is a supervisor for Rix Metal Works in London, Ont.

He was in the basket of a boom lift on the first floor of 555 Teeple Terrace when the building collapsed from the fourth floor to the main floor below him while concrete was being poured on Friday.

"One guy was so close to me, he was yelling, 'Help, help,'" says Kovacs, who sat down for an exclusive interview with CTV News London.

"I just couldn't leave, and I started throwing rocks."

In cell phone video from moments after the collapse, Kovacs is the man on the right wearing a black shirt. He is frantically trying to rescue a man trapped under the rubble.

"I am not trying to be a hero but when someone is crying for help, I have to check, I couldn't leave them screaming," he says.

He has watched the video many times, and can even pin point on the recording the exact moment when he discovered a fellow construction worker under the steel and debris.

"Get a grinder," he yells on the video before eventually getting the buried man's head in his hands. 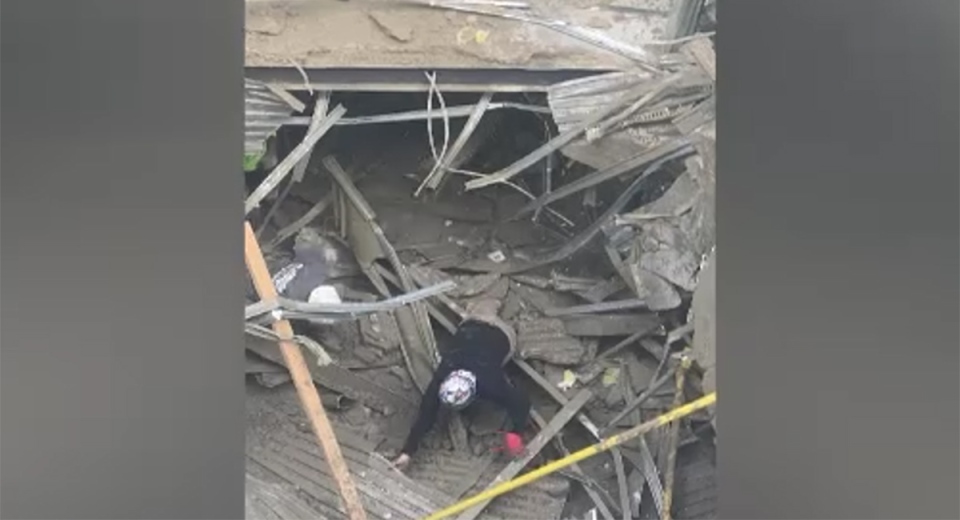 "I was telling him please hold on, (first responders) are coming. I could hear the sirens coming," recounts Kovacs. "I had his head in my hands and his head was split and bleeding all over. Those are horrific pictures. His head was only moving in the concrete, and I again told him to hold on."

The man was conscious, but struggling saying, "Please wipe my eyes, there is concrete in my eyes in can't see," according to Kovacs.

"I told him to close your eyes, I'm going to wipe it. Firefighters got there and stepped in, and they tried to tell me leave the building."

Kovacs relayed to the firefighters that he had the man and continued to help. He aided firefighters get supports under the steel, but when more team members arrived, he had to leave the building.

He was told by police that the man he was helping is alive, and hopes at some point in the future to give him and his family a hug. 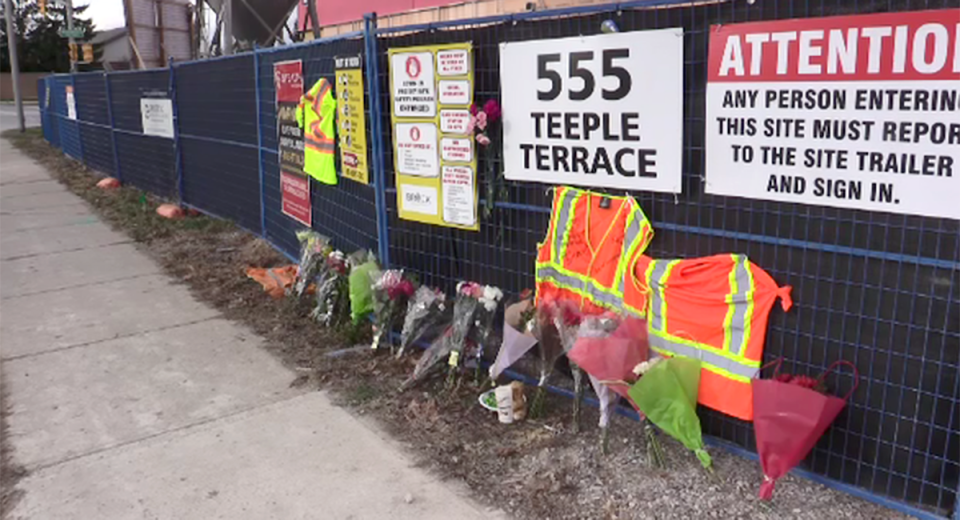 A memorial at 555 Teeple Terrace, where part of a building under construction collapsed, is seen in London, Ont. on Monday, Dec. 14, 2020. (Brent Lale / CTV News)

The memories of the horrific day are fresh, and he says he hasn't slept well since.

He currently is off work dealing with the stress, and has only been back to the job site to deliver flowers to the memorial.

Kovacs understands that he and many others that day are lucky to be alive. He says he didn't know victims Henry Harder or John Martens, but he says he can feel their families' pain.

"Unfortunately two young guys lost their life," says Kovacs. "I have a five-year-old son and another older boy at home. I have family, a wife and uncle, and I just got lucky. Unfortunately not everyone got lucky that day. I pray for those families [to] get some peace one day." 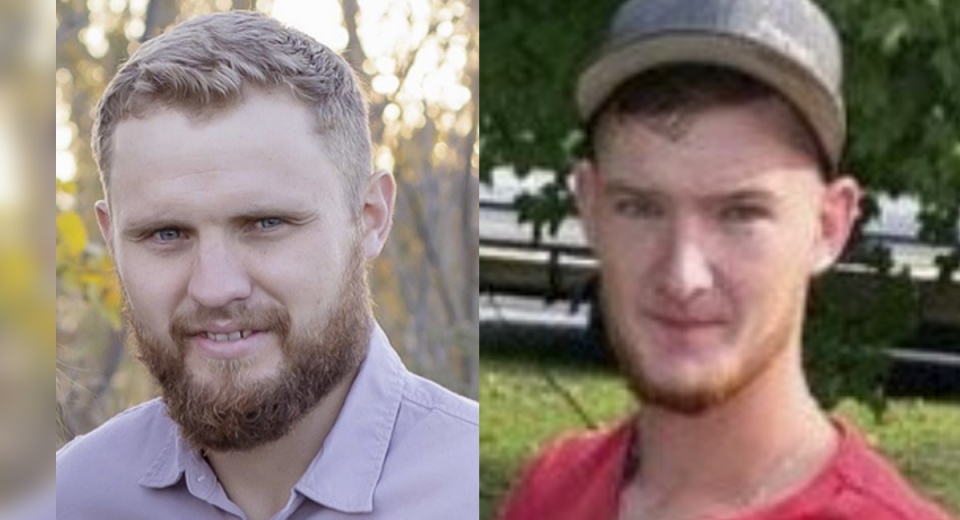 A funeral was held Tuesday for 26-year-old Henry Harder at the Lighthouse Gospel Church in Port Burwell, Ont.

He leaves behind a wife and three-week-old daughter.

Pastor John Dyck described him as a friend, son, father and husband, and thanked first responders for their efforts to help the victims.

He also explained how Harder and his three brothers were working to pour concrete when the collapse happened.

"Henry Harder along with another young man, John Martens, was also one of the construction workers who died in this tragic accident. At this time we don’t understand the reasons. We have unanswered questions why. Why Henry."

The funeral for 21-year-old John Martens is being held at the same church on Thursday at 2 p.m. and also being livestreamed.

GoFundMe campaigns for the Harder family and to support all workers impacted by the collapse had raised more than $200,000 as of Tuesday afternoon.

Five others were being treated in hospital for injuries sustained in Friday's collapse on Teeple Terrace.