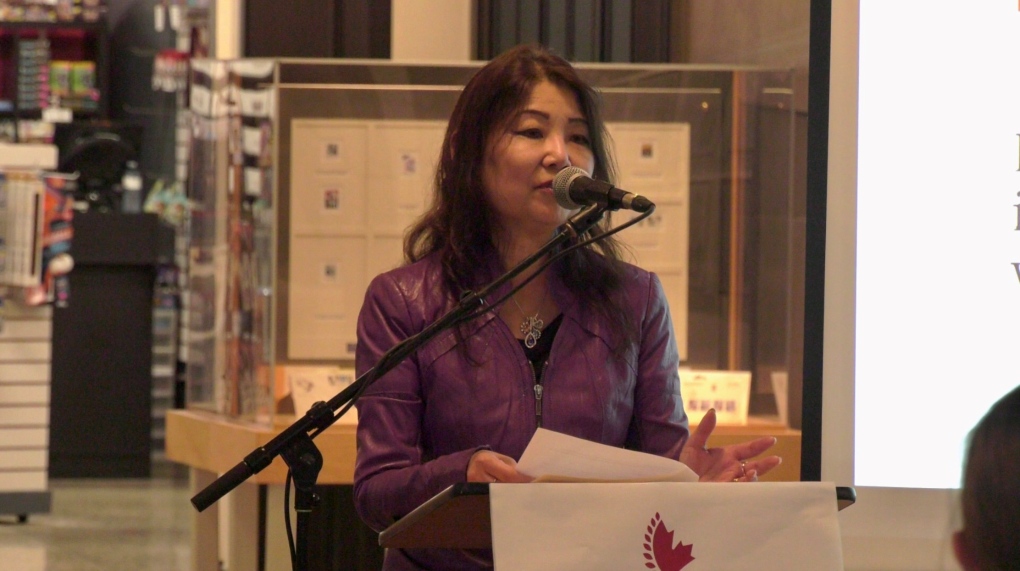 Dr. Andrea Lum, the vice dean of faculty affairs at Western University's Schulich School of Medicine and Dentistry spoke during an event at the Canadian Medical Hall of Fame on Sept. 28, 2022. (Jenn Basa/CTV News London)

On Wednesday evening, locals were invited to the Canadian Medical Hall of Fame (CMHF) to a new exhibit hall.

The purpose of the exhibit at the CMHF is to “celebrate the excellence of healthcare in Canada and inspire generations to come.”

The Hall of Fame, located in London, Ont., is dedicated to celebrating the accomplishments of heroes of Canadian medicine.

Plaques surround the lower level of 100 Kellogg Lane with interesting stories about 149 “Canadian icons in health,” many of whom were involved in groundbreaking research. 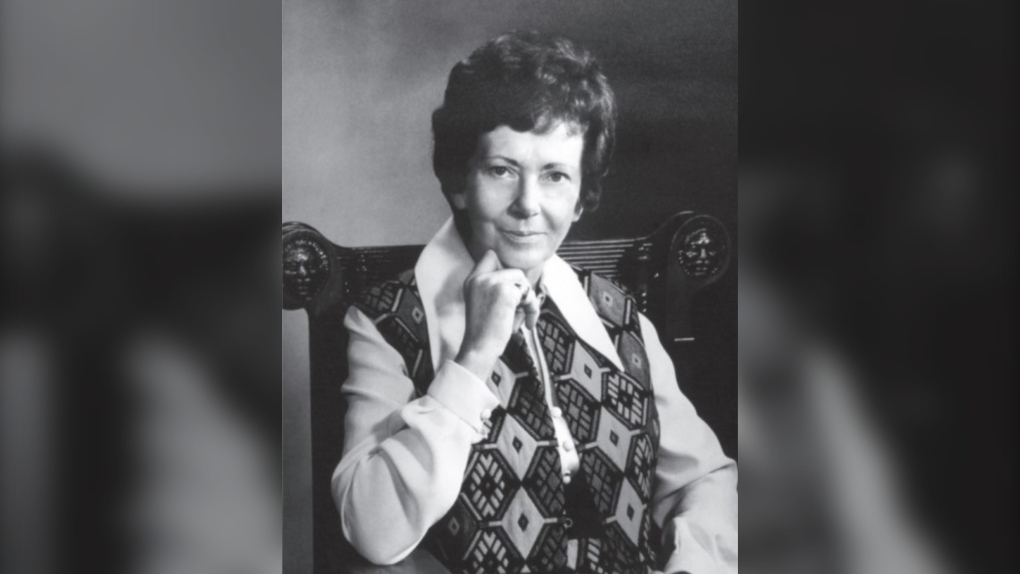 “The whole reason for honouring excellence is because of the power that it has to inspire,” says Lissa Foster, the executive director of the CMHF.

Physicians mentioned during Wednesday’s speeches included Dr. Ian McWhinney who founded the discipline of family medicine in Canada. Dr. McWhinney discovered the importance of the relationship between physicians and their long term relationships with their patients and families, which is now used as a basic model in training of family physicians.

“Canadians have contributed so much to the medical field and we’re not always good at tooting our own horns so to speak and telling the world about it, and I think if you came here you’d have a real sense of pride and learn a lot as well,” says Dr. Cynthia Forbes, the board chair for CMHF.

Dr. M. Vera Peters revolutionized the treatment of breast cancer and Hodgkin’s lymphoma. Peters faced challenges as a female in an era when women were not accepted as scientists.

“To graduate in the 1930s from medical school and emerge out of the 1960s as a world-class figure in oncology is a testament to her dogged determination and ingenuity,” her plaque reads.

The 2023 Canadian Medical Hall of Fame inductees include: