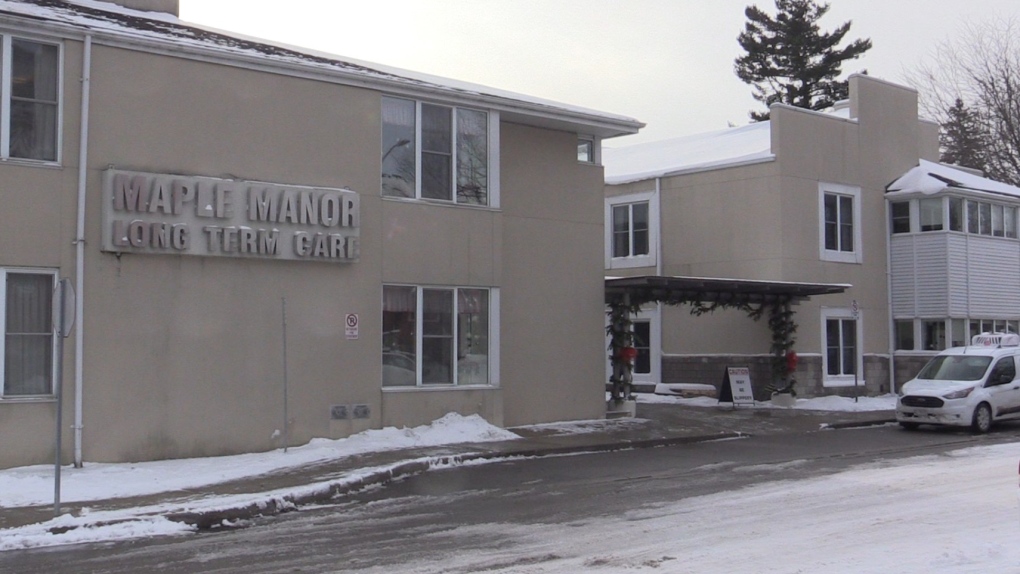 LONDON, ONT -- A major outbreak at a nursing home in Tillsonburg is contributing to a rising case count in the Oxford County town.

"Those are our community members," says Stephen Molnar, Tillsonburg's mayor.

"We are concerned for them, and for the members that work in that facility."

Tillsonburg has 51 active cases as of Sunday, and trails only Aylmer (54 cases) for most in Southwestern Public Health's (SWPH) district.

"The holidays are behind us and it's time to start listening."

The province-wide lockdown is now into its second day, and it was no more evident than at White Oaks mall. The parking lot was basically empty Sunday morning.

"Our concern is that people may have gathered significantly over the past number of weeks over the holiday season, and we see more cases over the next couple weeks," says Dr. Alex Summers, associate medical officer of health for MLHU.

"Rising case counts being driven by people gathering puts others at risk in LTC homes and congregant settings."

His advice is for people to do the critical things that will make a difference even when people aren't watching.

Back in Tillsonburg, despite the rising case numbers, Molnar is proud of the town's residents.

"People have been wearing masks and socially distancing," says Molnar.

"Entrepreneurs have been leaders even while suffering during the pandemic. Individually and collectively, the numbers are concerning but I've never been more proud of this community for doing their part and sacrificing."

Prior to Christmas, Marks put out a plea for people to stay in their own household. Now he's hoping his message got through.

"Whether you look at big picture or small picture it doesn't take long to drive from Tillsonburg to St. Thomas," says Marks.

"There is 261 people affected in SWPH. Please pay attention and listen to the experts".