The St. Thomas, Ont. baseball pioneer began his career more than a century ago.

The Cleveland Indians player turned broadcaster has been named a finalist for the Ford C. Frick Award, given out by the National Baseball Hall of Fame in Cooperstown, NY for excellence in baseball broadcasting.

"As a leadoff hitter...he was able to be involved in a number of important firsts," says Andrew North, a baseball historian from St. Marys, Ont.

Graney's path to the major leagues began in his hometown of St. Thomas, Ont.

"Playing local sandlot ball in an industrial league, then making it to the big leagues. Bob Emslie, another famous St. Thomas resident and former MLB Umpire discovered Graney and recommended him to the Chicago Cubs. He eventually was sold to the Cleveland Naps."

As a player, Graney's dog Larry became almost as famous as him. Larry was the Indians' mascot and would travel with the team. 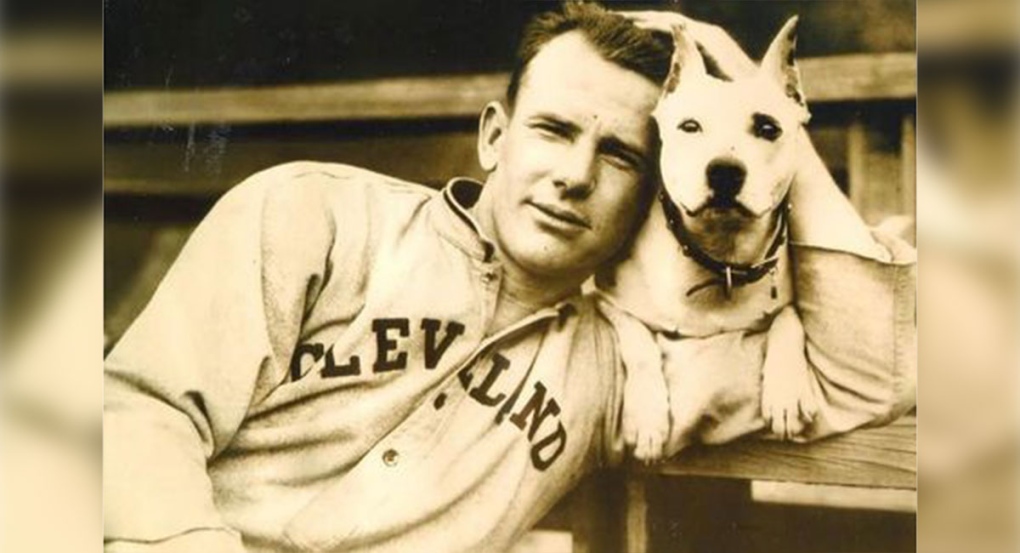 When the dog became exhausted, Graney would send him back home via steamer and streetcar to St. Thomas. The car would drop Larry off at his Elgin Street home and the dog would trot home.

"The story seems so hard to believe, but it's true," says North.

Two years after winning the World Series with the Indians in 1920, Graney retired.

It was only a year earlier, in 1921, that a Pittsburgh, PA radio station debuted Major League Baseball on radio.

In 1932, Graney made the historic transition to the broadcast booth.

"He didn't have a particularly handsome profile or mellifluous radio voice or anything like that, but he really knew what he was talking about," says North.

"This was recognized by the listening audience, and they really thought this guy really knew what he was doing and added value to the broadcast, and he became a very big hit as an Indians' broadcaster kind of for decades."

Graney is one of the most accomplished residents ever from St. Thomas, but has never received the fanfare of a Joe Thornton or Rachel McAdams. It's likely because he passed away in 1978, before either of them were born.

His hometown has recognized him with a plaque on their wall of fame, as well as a 'Graney Lane' which leads into the Doug Tarry Baseball Complex.

This month, another homage to the hometown hero was put in the middle of the city's newest roundabout outside the complex. It was created by local artist Scott Mckay. 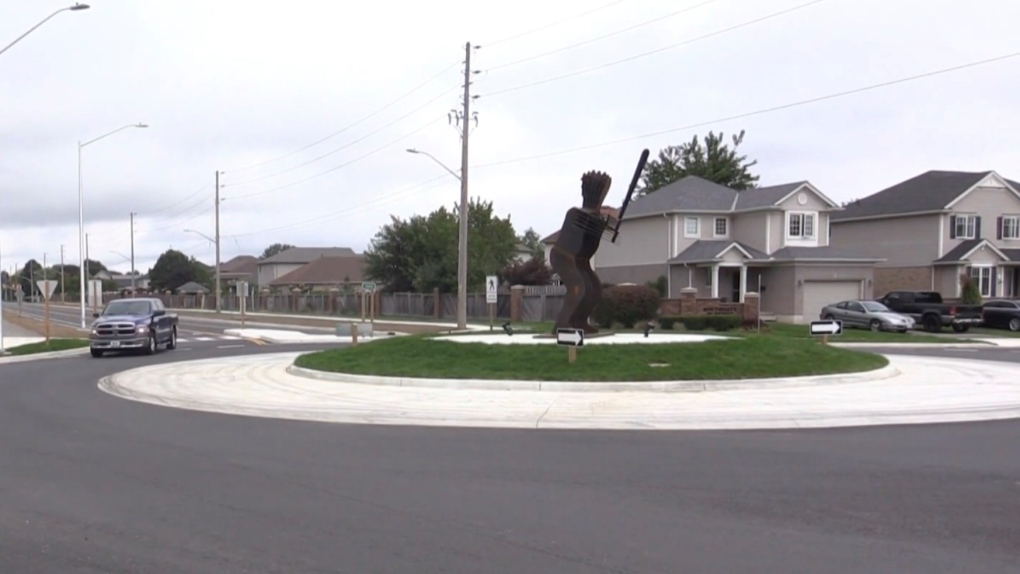 "It's an amazing piece of artwork and it's something that is best appreciated by walking in a 360-degree circle around it," says Peters.

"When the idea was before us at council, one of my colleagues talked about the importance of being representative of the community. Jack being pitched to by a young girl with Larry the dog, watching over -- it's just a it's a really nice tribute I think a nice asset for going forward."

The Canadian Baseball Hall of Fame's media award is named the Jack Graney Award. He was inducted into the hall in 1984. 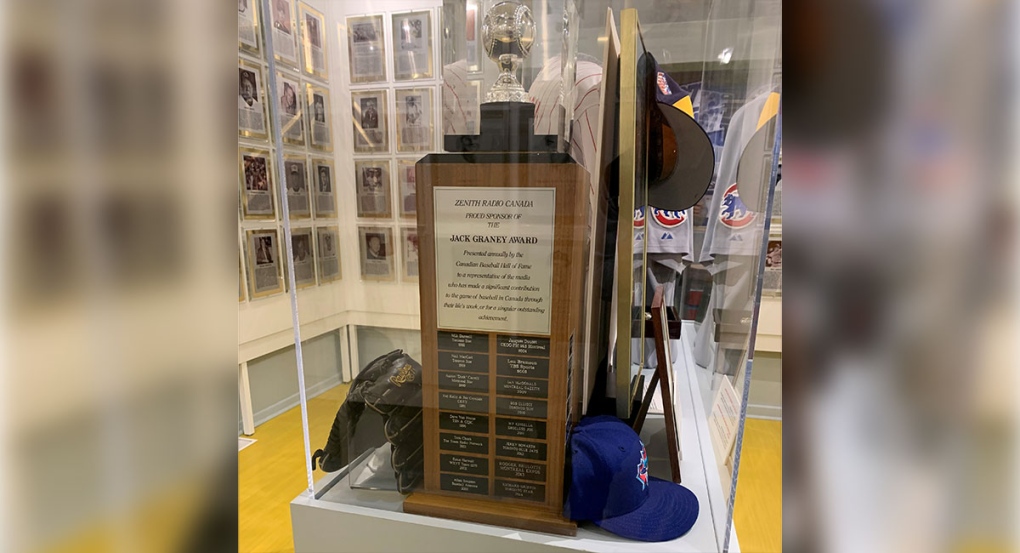 Graney is now one of eight finalists for the Ford C. Frick Award. He'd be the first Canadian ever to win it and join writer Bob Elliot as the only Canadians to be recognized as award winners by the hall.

"There are a couple of the voters on the committee that are in our Hall of Fame, or have won the Jack Graney award," says Scott Crawford, the director of operations at the Canadian Baseball Hall of Fame in St. Marys, Ont.

"We'll send them a quick reminder about you know how deserving Jack is and, and, you know, give them a little plug."

Graney was the voice of the Indians from 1932-1953, and with a good radio signal across Lake Erie, there would be some St. Thomas residents who would have heard him call games, including the 1948 World Series Championship. 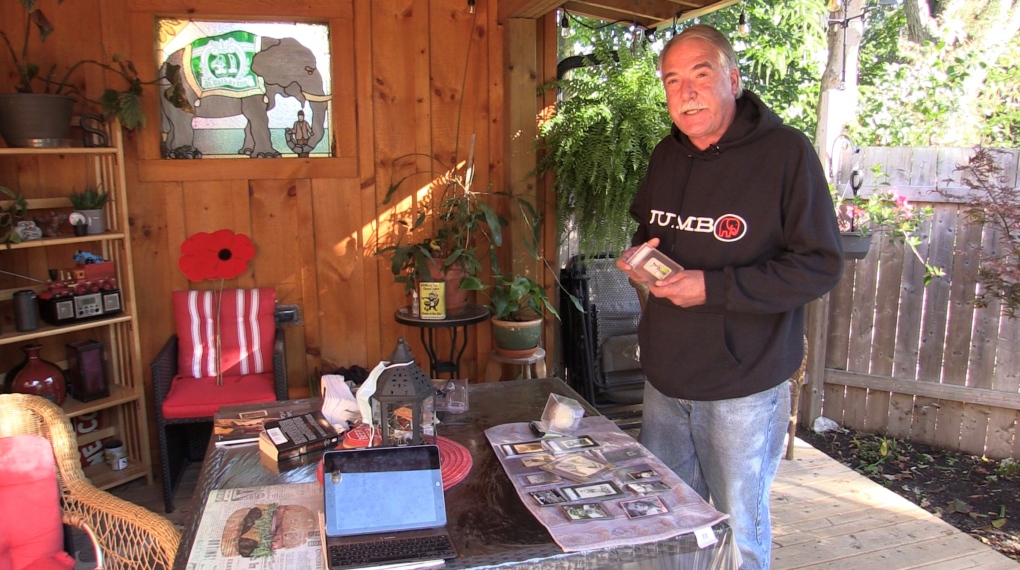 "I'm sure there was a lot of Cleveland fans here in St. Thomas that just love to listen to Jack on the radio," says Peters.

Graney's late daughter Margot Mudd often said her father would have loved to be recognized by the Hall of Fame. During a vist for the unveiling of his wall of fame plaque in 2014, she told CTV News London he never cared about fame.

"He was very humble, both of those occupations (player and broadcaster) are stars," said Mudd, who passed away in 2020.

"Some would say 'You are the best announcer,' and he would reply with 'That and a nickel will get you a cup of coffee.'"

The 2022 Frick Award will be voted on by 13 living Frick Award recipients, and three broadcast historians.

The winner will be announced Dec. 8 at baseball's Winter Meetings in Orlando, Fla.

"That could be a big day for Canada," says North.