The 'King' is laid to rest: A final ride for a key bicycle lane 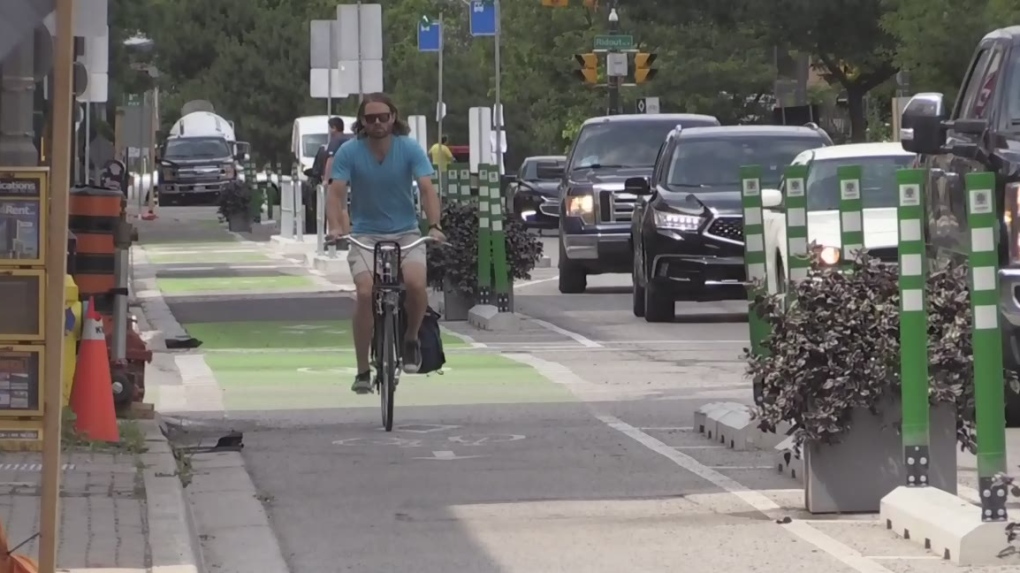 Shortly after 7:15 p.m., cyclists, six metres apart and wearing masks, travelled down the King Street bicycle lane through the downtown to the Western Fair District.

It was the final ride for most, with the lane set to disappear as King Street construction through the core begins to accommodate bus rapid transit (BRT).

London’s anointed 'Bicycle Mayor,' cyclist advocate Shelley Carr, is uncertain who organized the event, but she expects a large group.

Carr says some participants plan to dress as Elvis to give the sendoff a lively feel, even though riders are saddened to see the bike lane go.

Created in 2019 as a pilot project, Carr says the King Street cycle lane has proven to be the “only way to go east to west in the city,” along main streets.

But with BRT the city proposes moving cycle traffic onto Dundas Place.

Carr, and other members of the London cycling community, argue it is unsafe.

“From a cyclist point of view, Dundas Place is not safe. I call it the ‘Wild West’ of London.”

So Carr is calling for an altered plan.

“What would work is to have one side of the road, as a bike lane, protected with no parking, and the other side with remaining parking.”

Carr suggests parking on the opposite side should be limited to deliveries and drivers with accessibility needs.

While that plan suits Carr, she still believes the King Street lane, a first for London, was the ideal.

She says many people, including cyclists and operators of mobility scooters, saw value in it.

“We are going to find that more people used it than we thought.”

Participants in Wednesday’s rally will gather at Ivey Park at 7:15.