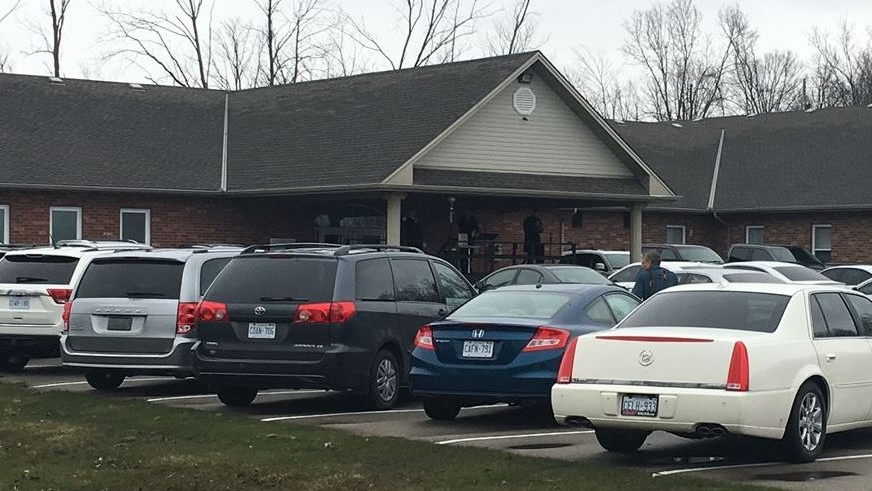 The Church of God in Aylmer Ont. holds a service on Sunday, April 26, 2020 in defiance of provincial physical distancing guidelines. (Brent Lale/CTV London)

LONDON, ON -- Pastor Henry Hildebrant tells CTV News that 80 cars showed up to the parking lot, which is an increase over the previous two services.

"At this point there is no complaints from the police that we did anything wrong at all," says Hildebrant.

Earlier this week Aylmer Police Service sent a statement saying they hoped to use the previous Sunday service as an educational tool for church organizers and parishioners so they have a clear understanding that the gathering is in violation of the Emergency Order enacted to prevent the spread of COVID-19 global pandemic.

"With this decision and education, we anticipate that the “Church of God” organizers and parishioners will respect the Emergency Order in place to minimize the risk to their parishioners and community," Chief Zvonko Horvat said in a release.

The church responded by asking everyone including media to remain in their cars Sunday.

"I feel like we have done well from the get go. Making sure people in cars, windows rolled up," says Hildebrant.

He added that police asked them to have the congregants turn on the air conditioning on a warm day to make sure that all children in the vehicles were safe with the cars running.

He also thinks there will be changes to the provincial order in the near future.

"I'm expecting we'll hear very soon that we'll hear it’s alright as far as they (police) are concerned to go ahead since other provinces are doing it and its working well for the people from the church."