LONDON, ONT. -- A local family who suffered a tragic loss of their 17-year-old son, Beckett, to suicide in 2018, is raising money for local mental health initiatives by selling charcuterie boards this Valentine’s Day.

Mother, Ann, and step-father Paul Robson, say their lives changed forever when they lost their son Beckett to suicide on April 26, 2018.

“He was a great kid. He was so smart, he was so respectful, he was funny. He had a really great future ahead of him,” Ann says through tears.

“Beckett’s sense of humour was really over the top. There was not a day that went by that you didn’t get a good laugh out of Beckett,” says Paul.

The Robsons, including Beckett’s younger brother Ridley, say they were determined to honour Beckett’s memory, values and capacity to love.

They established The Beckett Project in 2018, a fund with The London Community Foundation, that supports local initiatives that reflect Beckett’s values, including:

The Robsons are raising money for The Beckett Project by creating charcuterie boards for Valentine’s Day, that will be delivered to a customer’s doorsteps in London by a Beckett Project volunteer.

They partnered with Generations Bakery and Remark Fresh Markets to create each box.

The boxes are filled with a selection of meats, cheeses, fruits, crackers and even Valentine-themed cookies.

The money raised will go directly to The Beckett Project, and then filtered to different community organizations that support mental health. 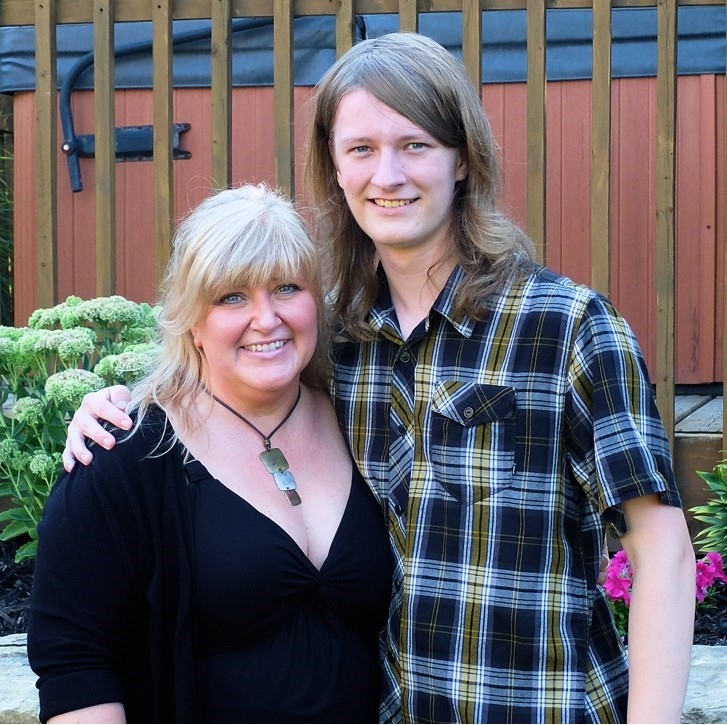 Anne Robson and her son Beckett are sen in this family photo.

Along with Valentine’s Day treats, the packages will include a single yellow rubber duck.

Paul says that one of the last things Beckett did before passing away, was to order 50 rubber ducks online.

“One of the last thing that Beckett did, it was super funny, was order 50 rubber ducks for a buck. He wasn’t quite sure what he was going to do with them but his sense of humour was so profound.”

The rubber duck has become a travelling mascot for the Beckett Project.

The Robson family is asking for customers to take a photo of their charcuterie board with their new rubber duck, and to post it on their social media accounts.

The family, with the help of local grocers, will prepare a total of 125 boxes.

Most of those boxes have been sold and Tuesday night is the deadline to buy any remaining boxes.

If the boxes are sold out and you still want to donate to the Beckett Project, you can click here.