Educating men and boys about a cancer that isn't well known is a huge challenge. A challenge that two people have tackled in very different ways.

First, a Kitchener mom is educating in honour of her deceased son. For Cheryl Perry, talking about testicular cancer isn't just a job - it's her calling - since losing her son Adam to the disease nearly 11 years ago.

Cheryl says "When my son Adam was 18 years old in high school he was diagnosed with testicular cancer and died unfortunately eight months later."

By the time Adam's cancer was found it was throughout much of his body. He confided in his mother near the end that he'd found a lump in his testicle in Grade 10 but was too embarassed to tell anyone.

Cheryl has now made it her goal to break the stigma around boys and their bodies, but getting guys to open up about what's below their belts - and to accept help - is an uphill battle.

But it's a battle she faces willingly everyday as the founder and driving force behind Testicular Cancer Canada, an organization fighting for education, support and research into this largely unknown disease.

"Oh, it's tough. Part of what we're hoping to do is if we can get kids to be very aware of their body at a young age, as they grow older they'll be aware of their body and they'll tell people if they have a problem, because that is an important goal for each individual to be responsible for their own health."

It's a message Thomas Cantley didn't hear in time. The Halifax filmmaker was diagnosed with Stage 3 testicular cancer in December of 2009 and doctors say he had cancer growing inside his left testicle for at least two years.

"I noticed - there's something different down there. But because I don't have pain, I'm a man, I'm going to to ignore it, I'm going to be ignorant. Unless I'm bleeding out of my ears or I can't walk - then I might go check myself."

Cantley - now fully recovered - took to the streets of Canada last year with a giant inflatable ball to raise awareness about testicular cancer. It's part of his "I Am Ballsy" campaign.

"I'm pushing the ball across the U.S. I'm going to be doing the Netherlands, the U.K., Australia, Ireland. The ball is never going to stop."

The Canadian Cancer Society is also on board, recently releasing a humourous video to try reach the target testicular cancer demographic of 15 to 35-year-olds.

Though all the advocates and organizations have different strategies to get the word out the message is the same. Regular self-exams and early detection can be the difference between a single surgery and a few months of recovery - or years of pure hell and possibly even death.

A bit of knowledge and few seconds to check is all it takes. Your health is literally in your hands. 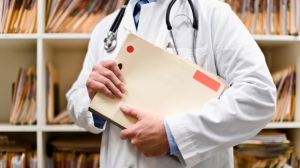