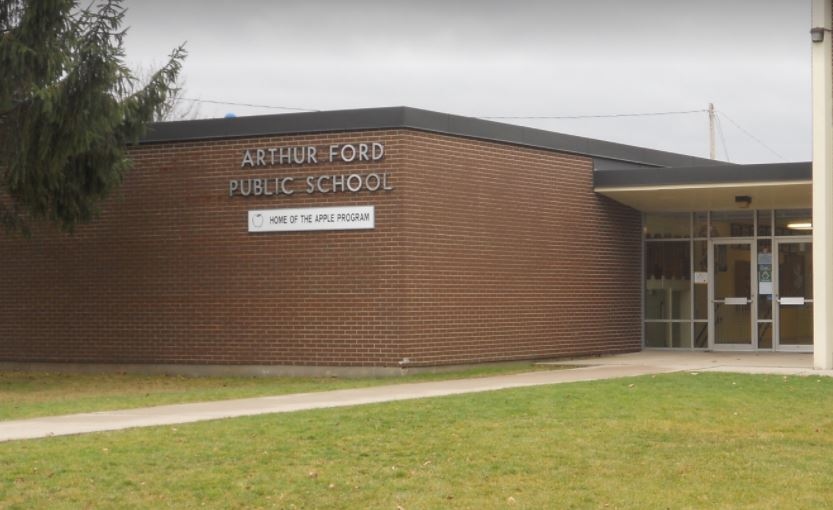 Police have arrested two teenagers after a break-in at Arthur Ford public school.

They say the custodian of a school located at 617 Viscount Rd. was working inside Thursday afternoon when he heard loud noises coming from the second floor.

Police were called and when officers arrived they saw two youth people fleeing the area through the school yard.

Police were able to apprehended the pair shortly after without incident.

They say multiple windows, a computer tower and cement block were damaged, totalling $4,210 in damages.

A 14-year-old boy and a 17-year-old boy, who cannot be named under the Youth Criminal Justice Act are charged with: