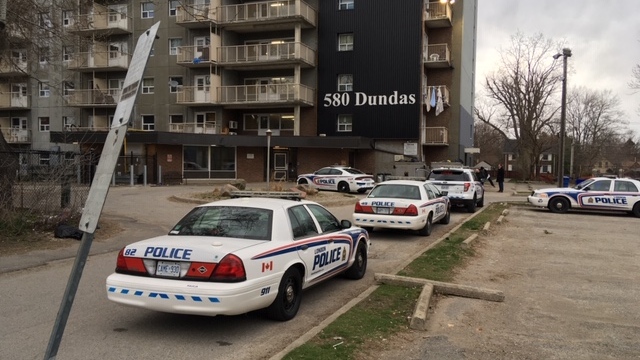 LONDON, ONT -- London police have identified a 16-year-old boy as the victim of a high rise shooting Tuesday evening.

Owen Nicholas Serieska was killed when he was shot in an apartment unit at 580 Dundas Street.

Several messages of shock and condolences have been posted to his Facebook page, which is the source of the photo in this article.

Marcus Dauphin, wrote, "I honestly have no words you were my friend through hard times you were a really good friend and I counted you as family I just don't want to be believe this happened."

Yvng Bhaddie added, "You never failed to make me smile, you always had a joke up your sleeve"

As a result of an investigation police have charged Jesse Joseph Winstanley, 19, with manslaughter.

Winstanley remains in custody and was expected to appear in court Wednesday.

Police say the two were known to each other and that a firearm has been recovered.

It was around 5:30 p.m. Tuesday that police responded to a reported shooting at the high rise on Dundas Street which is across the street from police headquarters.

Later that night police confirmed that one person had been killed and another was taken into custody.

This is the City of London's first homicide for 2020.