Teen 'unlawfully at large' from EMDC has been arrested 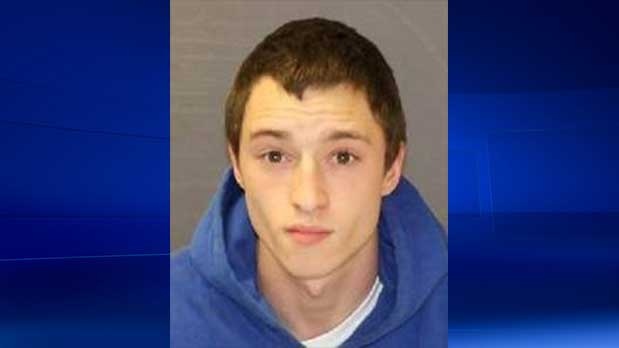 Justin Kunz, 19, who was accidentally released from the Elgin-Middlesex Detention Centre, is seen in this image released by the London Police Service.

London police say a man who walked out of the Elgin-Middlesex Detention Centre after disguising himself as his cellmate two weeks ago has been arrested.

Justin Kunz, 19, of London, was released from custody on July 22 after altering his appearance to look like his cellmate who was about to be released.

He also threatened his cellmate to keep him quiet.

Police say the cellmate did not help Kunz escape.

"There was no indiciation that the person he posed as assisted with his release.  No additional charges against anyone are expected in this matter," says Const. Ken Steeves

After his release, new arrest warrants were issued by London police for personation, uttering threats and being unlawfully at large.

Officials say he was transported to police headquarters and will be taken to court Thursday morning.

Kunz had been in custody and is before the courts for charges including possession of firearms, failing to comply with court orders, uttering threats and mischief.