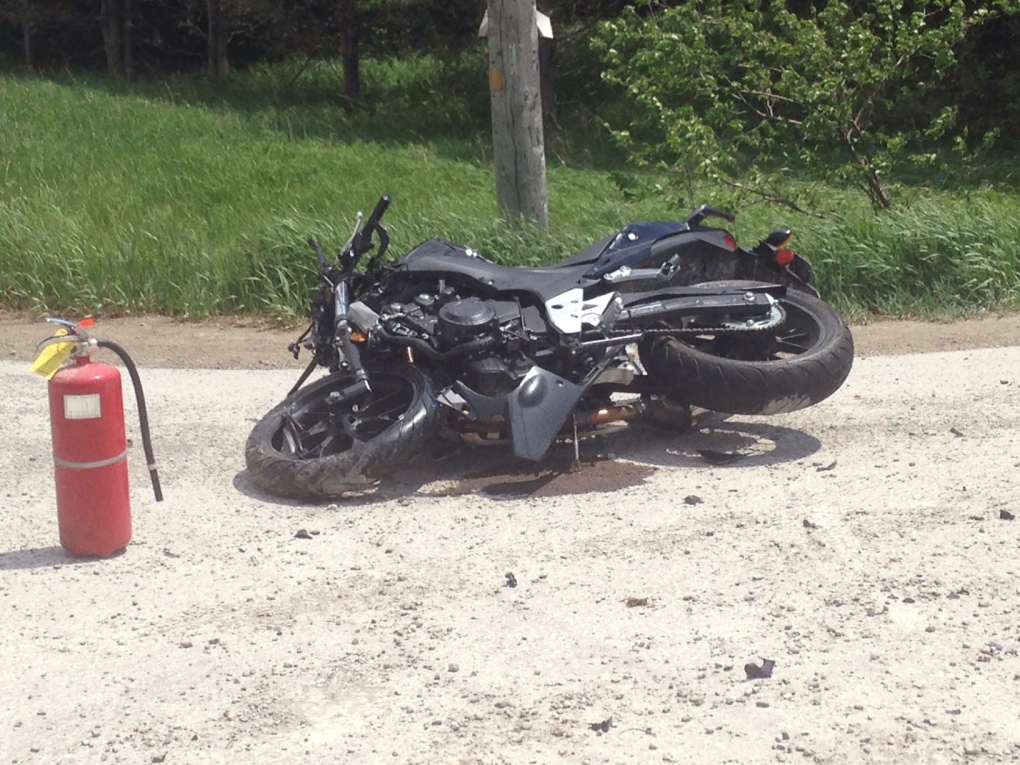 A motorcycle rests at the scene of a fatal crash on Line 40 near Stratford on Wednesday, May 27, 2015. (Marc Venema / CTV Kitchener)

Perth County OPP say a 16-year-old is dead after a collision involving a motorcycle and a pickup truck on Wednesday morning.

Emergency crews were called to the intersection of Line 40 and Road 110 near the Stratford Municipal Airport around 11 a.m.

Police say a preliminary investigation shows a 2014 Honda R5A motorcycle was eastbound on Line 40 and a 2011 GMC Sierra pickup was southbound on Road 110 when the collision occurred.

Line 40 is a through highway while traffic on Road 110 - a gravel road - is controlled by stop signs at Line 40.

The motorcyclist was pronounced dead at the scene.

He has been identified as 16-year-old Jeremy Wickenheiser of the Tosnwhip of Perth East.

The driver of the pickup truck was taken to hospital with undetermined injuries.