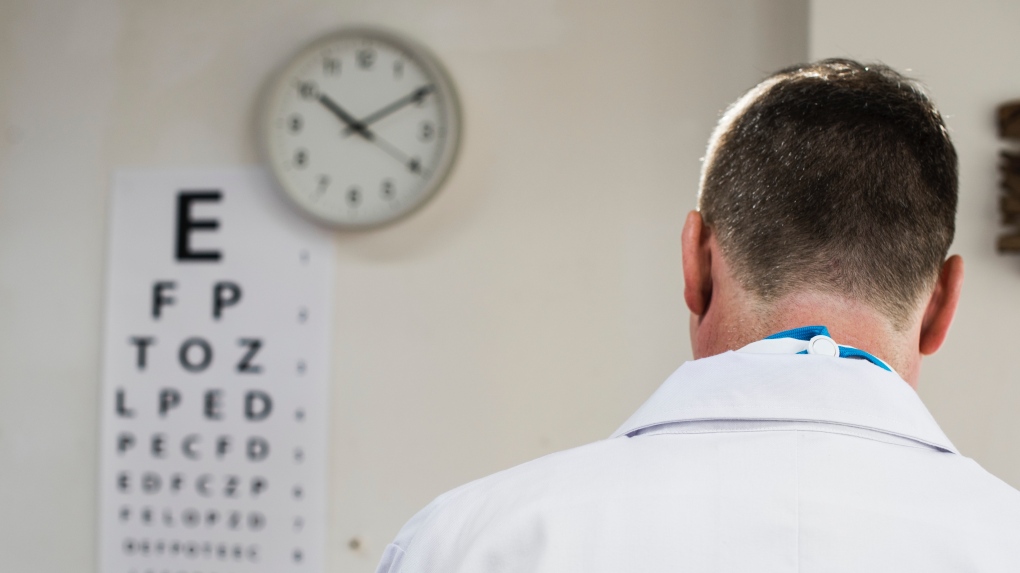 VANCOUVER -- Dr. Sarah Tulk remembers feeling hopeless while training as a resident, her energy sapped by the demands of a job that had her working 24 hours and more straight, until the depression that set in had her thinking she'd kill herself.

"I did feel suicidal," she said. "That's what sparked my interest and desire to talk about it."

Tulk, who completed her residency in family medicine at McMaster University in Hamilton saw a system that was failing resilient people wired to succeed through hard work and a competitive drive -- before they became victims of burnout.

"A lot of people do a pretty good job of hiding it," she said of the high rate of depression among medical students, residents and doctors. She said they stay silent because they worry about their careers if they expose what they consider a weakness.

Tulk, who reached out for help in 2016 through a physician health program, is working to raise awareness and create change after hearing about too many doctors taking their own lives.

They write that suicide is an occupational hazard in their profession, with a rate for male doctors nearly double compared with the general public, and two and a half times higher for female physicians.

Access to drugs and expertise in their use means doctors know just how much they need to hasten death by poisoning, sometimes with benzodiazepines or with other methods, including firearms.

Thoughts of suicide can begin in medical school and are later associated with patients' complaints to regulatory bodies, Tulk and Albuquerque say, adding doctors face unique barriers to care compared with the general public.

While stigma is generally pervasive, physicians have the extra burden of little time to access care and face concerns about confidentiality as they fear discrimination in licensing and applications for work at hospitals, the commentary says.

In a SoundCloud podcast on the topic, Albuquerque says their colleagues also tend to self-stigmatize because they are accustomed to being care providers, not those who receive care.

Self care is an important component of dealing with the challenges of the job and it's starting to be part of the learning environment at medical schools but there's a long way to go, said Tulk, who teaches undergraduate programs at McMaster University.

Dr. Stephanie Smith, who will be starting a two-year family practice residency at the University of Calgary in July, said that as a medical student, she was working at a hospital for up to 27 "dangerous" hours at a time.

"The majority of my class was burned out by the end of medical school," she said of the pressure of the 14-month program without any breaks to recover mentally.

"After 27 hours I'm just not processing things the same way anymore. It adds a very complex layer of stress and anxiety and guilt" to the heavy workload of a medical student, she said.

Smith, who has been in the Canadian Armed Forces for 18 years and worked as a nurse in the military between 2004 and 2016, said medical students often end up taking on extra responsibility for patients when fewer regular health-care staff are working during evenings, raising concerns about safety.

"I have a lot of critical experience as a nurse and I worry when I'm so tired at four or five in the morning and I have not slept since the day before. But the person who is signing off on things, the resident, is also tired."

Dr. Gigi Osler, president of the Canadian Medical Association, said the well-being of physicians is a high priority and her organization is working with medical students, residents and provincial associations to create change for the sake of a healthy workforce.

"We're in this position, sitting at those tables, where we are going to continue to try to be that catalyst and that connector to say we need to have change," Osler said after meeting in Vancouver with her British Columbia counterparts, who she said shared their concerns about health and wellness among physicians.

The CMA hired a clinical psychiatrist in January to take the lead on that issue, and Dr. Caroline Gerin-Lajoie's role will be to survey the needs of the health professionals across the country as stigma surrounding suicide is also addressed, Osler said.