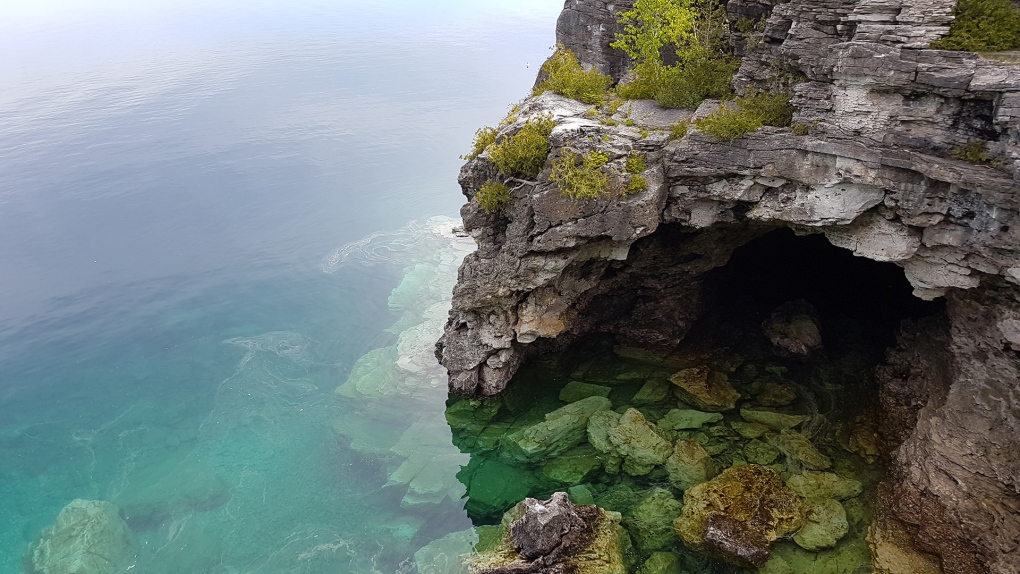 The Grotto at Bruce Peninsula National Park is seen in Bruce County, Ont. on June 18, 2019.

Grey-Bruce OPP say a 24-year-old male who went missing while in the water at The Grotto in Bruce Peninsula National Park has been found deceased.

The male was seen in distress in the water on Saturday afternoon after jumping into the water with a friend.

Police say he initially surfaced, but then showed immediate signs of distress, went under again and failed to resurface.

The Grotto and surrounding area in the the park were closed for much of the weekend as several OPP units, park staff and the Canadian Coast Guard searched for the man.

The man was found by the OPP Underwater Search and Recovery Unit shortly after 3 p.m. on Sunday in about six metres of water..

Police say the name of the man, who is from Vaughan, Ont., will not be released.