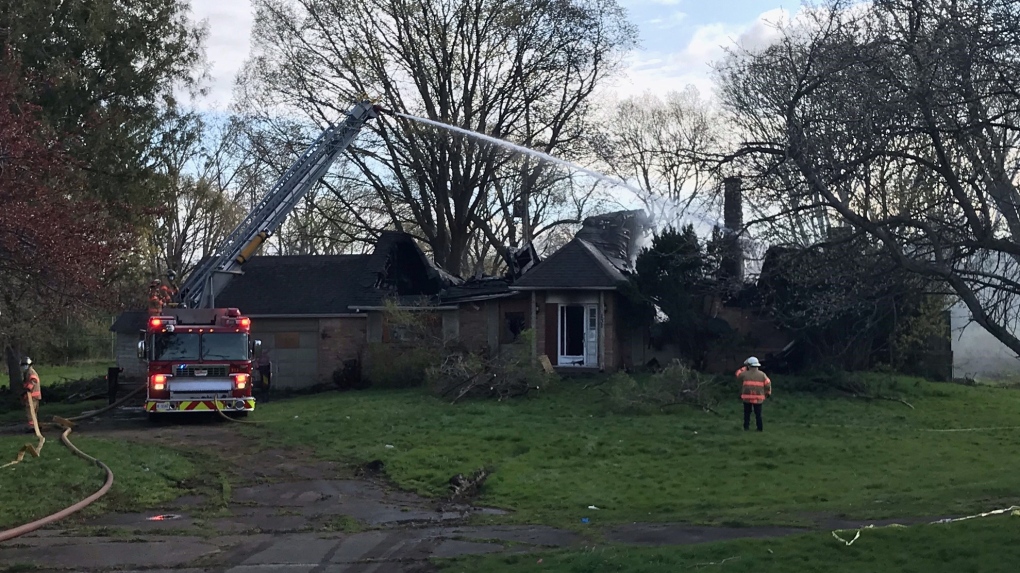 LONDON, ONT. -- A northeast London fire that caused traffic delays along a portion of Adelaide Street North is being treated as suspicious.

Five engines and 30 firefighters were called to the intersection of Adelaide Street and Windermere Road at about 5:30 am.

They arrived to find heavy smoke and flames coming from a former residential property.

The vacant structure is across the road from the Waltzing Weasel restaurant; however, the restaurant has not been affected.

The property also sits in front of one of the original locations of the GoodLife fitness chain.

“It was quite aways along when we got the call, flames were showing from the roof. The building has collapsed on itself. It does have some voids in there.”

Crews deployed multiple hand lines and later used an aerial spray canon to bring the fire under control about an hour after arrival. 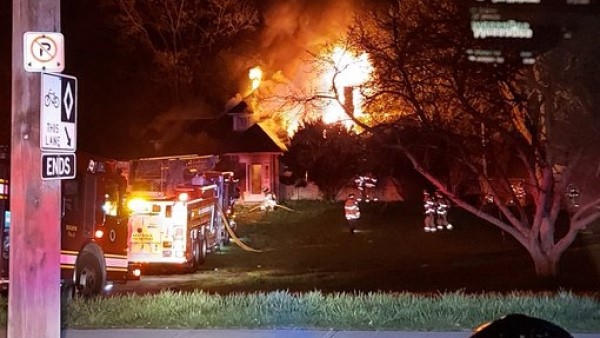 But with hotspots still flaring up, traffic was stopped along Adelaide Street throughout the morning. Hydrants were located on the opposite side of the road.

Traffic impacts was also impacted along a portion of Windermere Road.

Both police and fire investigators are at the scene.

The blaze is the most recent of a handful of fires at vacant properties rezoned or recently sold for potential development.

With files from CTV''s Sean Irvine and Justin Zadorsky.