"I call on [Chief Steve Williams] to suspend him immediately," says Cindy Chrisjohn into a megaphone to the crowd of over 100 supporters. 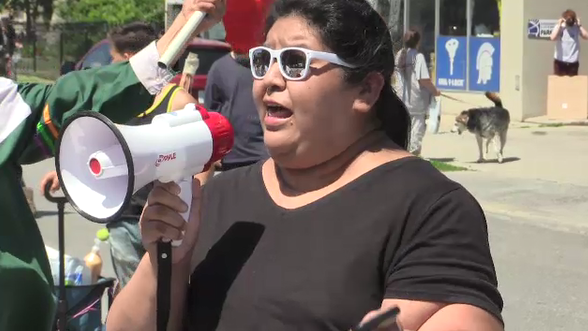 Cindy is the sister of Debralee ChrisJohn, who died in police custody on Sept. 7, 2016 following her arrest by Doering.

In Nov. 2019 an Ontario Superior Court judge found Doering guilty of criminal negligence causing death and failing to provide the necessaries of life to Debralee Chrisjohn of Oneida of the Thames First Nation.

Due to COVID-19, sentencing for Doering has been pushed back. His next court appearance is scheduled for July 6, and he currently remains on the job in an administrative role until sentencing.

That doesn't sit well with friends, family and supporters of Chrisjohn. 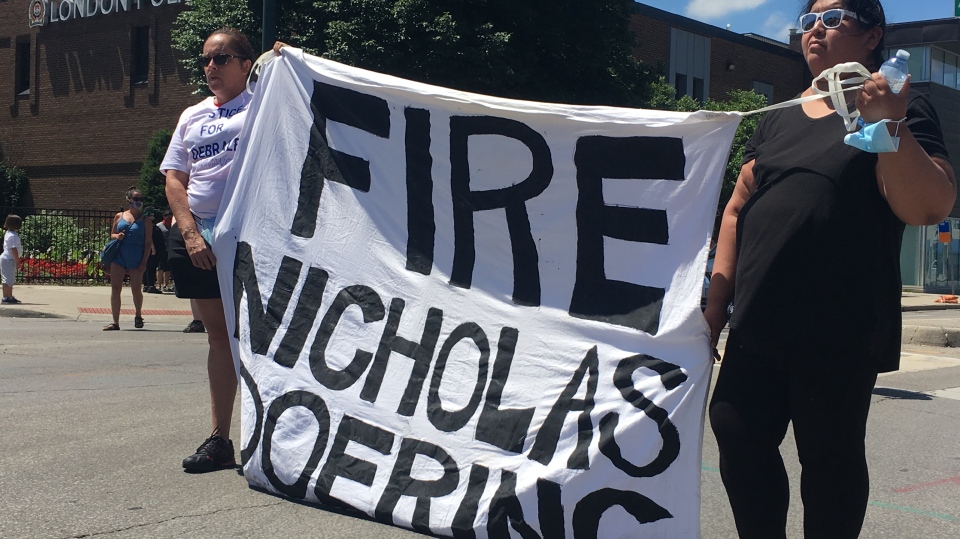 "The court case is coming up, and it's really hard to talk about justice especially in this city with any kind of officers, when they are putting officers lives before the lives of the victim," says Lacey Weekes, the organizer of Sunday's rally in downtown London.

Among those in attendance was 19-year-old Sierra Jamieson, who is currently taking the police foundations program at Fanshawe College.

"Growing up I suffered with racism and going into police foundations and speaking for my people is my main concern right now," says Jamieson.

"I want to be the voice that I didn't have growing up."

The rally lasted over two hours as protesters made their way from Victoria Park to the police station. 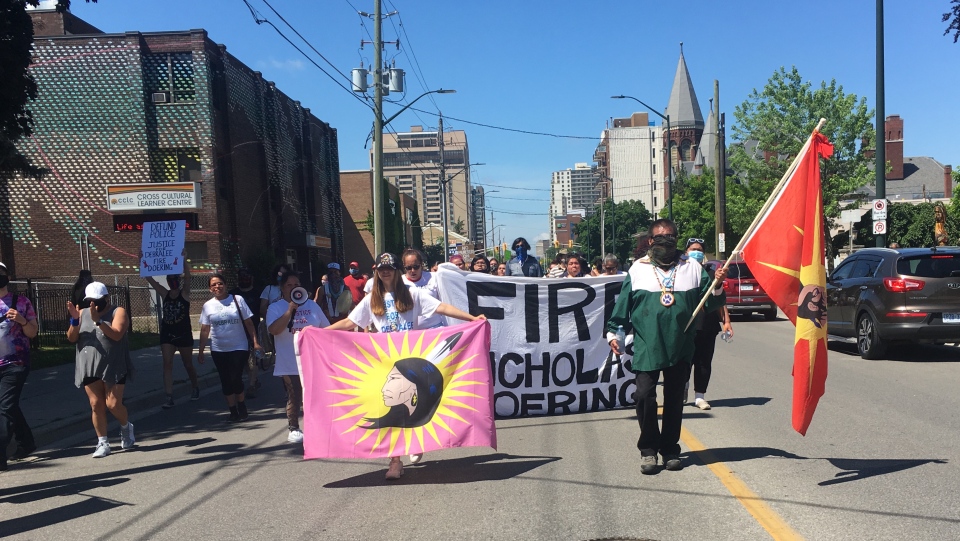 They stopped and blocked in every major intersection along the way to perform a circle dance, and call for justice.

Neither Williams or police will comment on the case until after sentencing.

When the criminal process is complete, Williams says Doering will be investigated under the Police Services Act.

Weekes had a message specifically for Williams.

"Just because Debralee was an addict, that isn't who she was," says Weekes.

"She was a mother. You know we're hurting too, and [Doering's] life is no more valuable than hers, do the right thing."