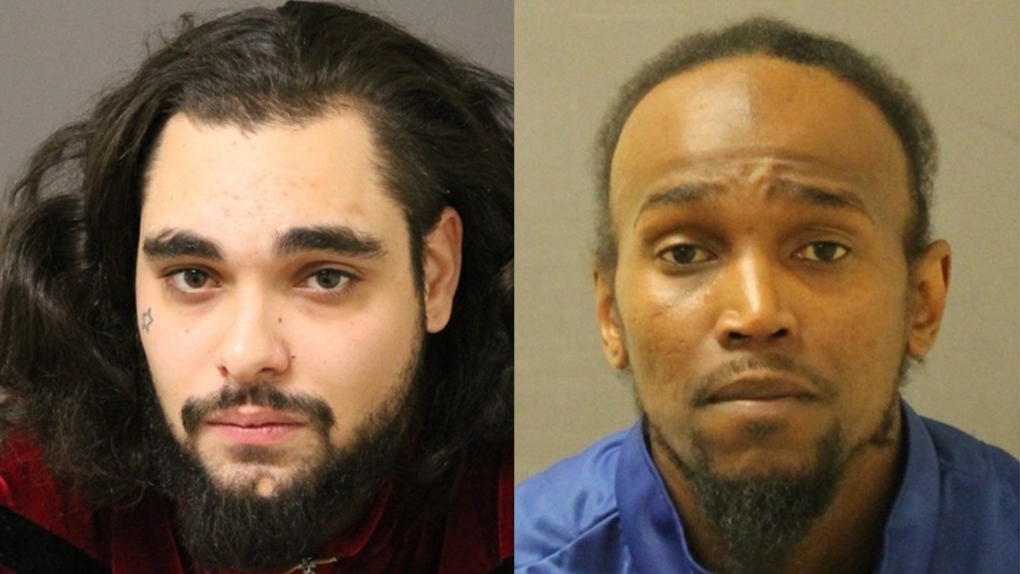 Tyler John Lancha, 26, left, and Kokoete Anietie Udoh, 39, both of London, Ont. are seen in this image released by the London Police Service.

The incident happened around 4 p.m. on Wednesday, when a man and woman exited a vehicle after parking in the lot.

That's when, police say, the couple was approached by two males and after an argument, one of the two males pulled a firearm from a backpack and shot the man.

The gunshot wound was not life-threatening and the injured man was transported to hospital.

The two male suspects reportedly fled the area on foot, and a police search did not locate them.

Tyler John Lancha, 26, is charged with:

Police say the investigation is ongoing and they are looking for both the men and the firearm used.

UPDATE – LONDON, ON (June 10, 2020) – Members of the LPS Major Crime Section are seeking assistance of the public in locating two men wanted in connection with a shooting that took place on Marconi Boulevard over the weekend. More: https://t.co/ZBnDLS0StH #WANTED #ldnont pic.twitter.com/pmIdWBHgJt