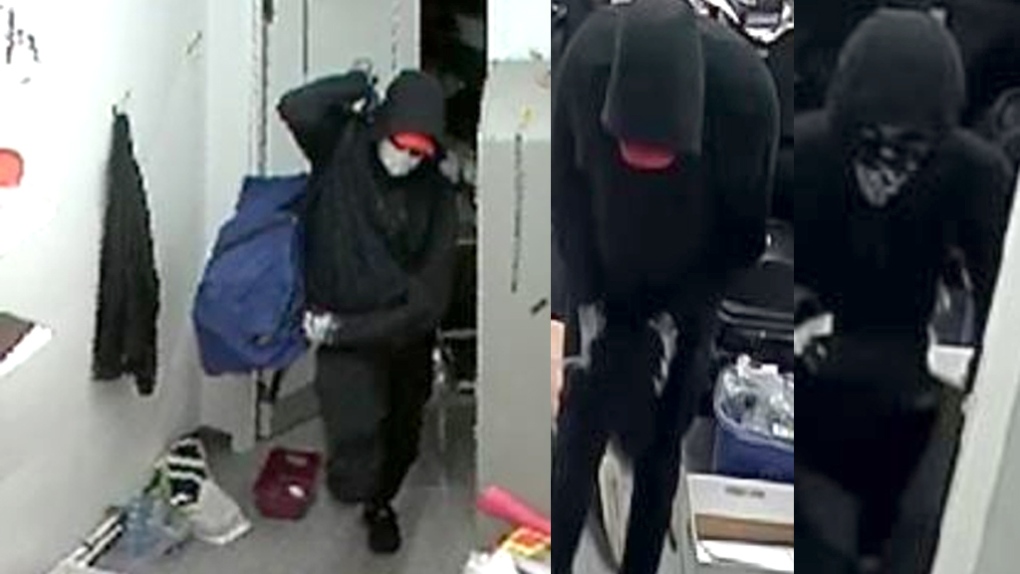 Two suspects sought in a robbery at a south London, Ont. store on Saturday, Sept. 21, 2019 are seen in these images released by police.

According to police, two employees were closing the store for the evening around 8:50 p.m. when two masked men entered.

One employee was assaulted before both were restrained and the suspects took a quantity of product before fleeing to a vehicle waiting in the mall parking lot.

Police were contacted after one employee was able to free herself, but despite arriving within minutes, the suspects were not found.

One employee suffered minor injuries while the other was not injured.