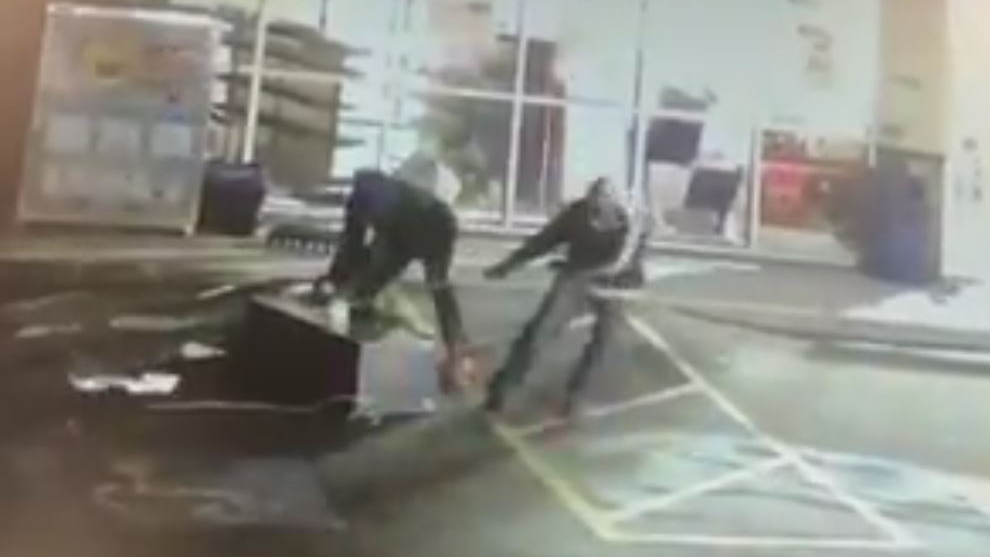 LONDON, Ont. -- St. Thomas police are looking for tips from the public after an ATM theft from a gas station early Thursday.

The theft happened around 5 a.m. at the Ultramar at Talbot Street and Fairview Avenue.

Surveillance video shows an SUV backing up to the station, then accelerating forward, pulling the ATM out.

Three suspects, including the driver, then load the ATV into the vehicle, which speeds away.