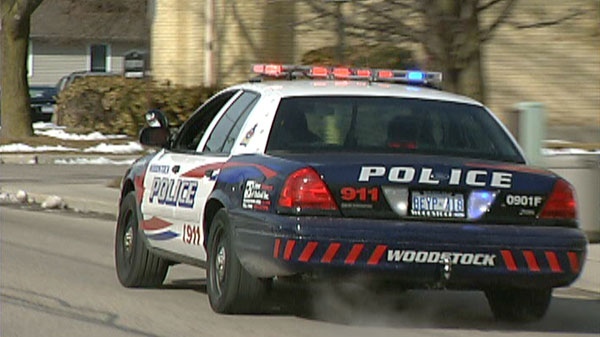 LONDON, ONT -- Woodstock police are looking for a man and woman after the suspects in a stolen pickup truck rammed into three vehicles including two police cruisers.

Just before 4 p.m. police received a report from a citizen following an alleged stolen pickup to the Westmount Motel on Beachville Road.

Police quickly arrived on scene and attempted to block in the pickup truck.

The male suspect was driving at the time, and reversed the pickup into a police cruiser. Upon fleeing he struck another cruiser and a pickup truck on Beachville Road.

One person was taken to hospital for minor injuries, and the total damages to the vehicles is set at $20,000.

Police are looking for a white man and a woman passenger. The stolen truck was a 2016 black Dodge Ram and was last seen heading towards the village of Beachville.

Woodstock police say the same suspects are believed to be involved in a vehicle theft under investigation by Oxford OPP.