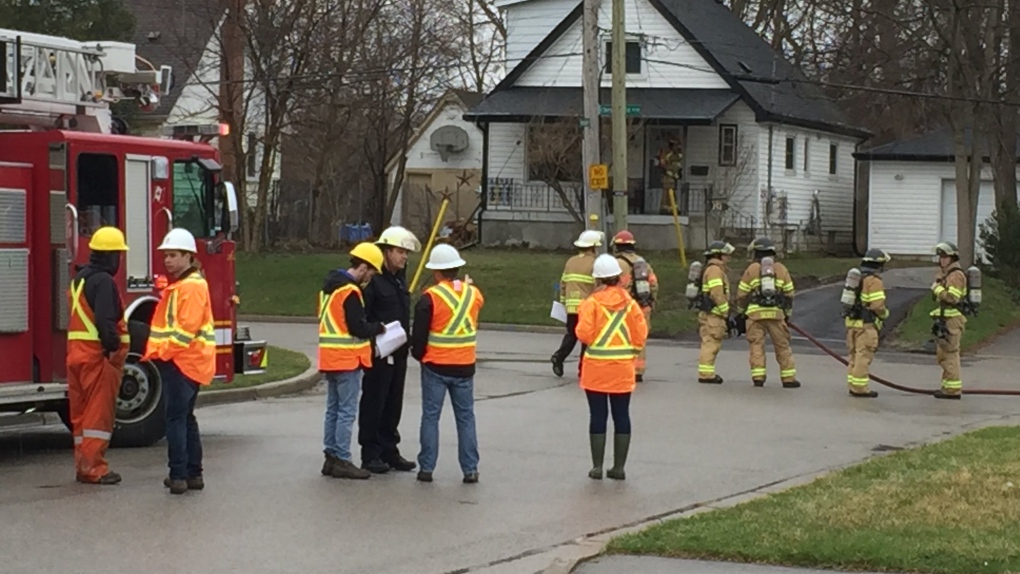 Firefighters and Union Gas crews are at the scene of a possible gas leak in London, Ont. on Tuesday, April 16, 2019. (Bryan Bicknell / CTV London)

Some residents in London's Glen Cairn neighbourhood were evacuated Tuesday morning for a suspected gas leak.

Firefighters and crews from Union Gas responded to a home at 151 Chesterfield Avenue near Westlake Street around 11 a.m.

A crew was reportedly doing sewer work at the time and a chainsaw was being used to cut into an asphalt driveway when a gas line was hit.

Fire officials say the line was much closer to the surface than expected.

Homes to either side of the residence were evacuated and the London Fire Department asked people to avoid the area for several hours, closing Chesterfield Avenue from Thompson Road to the street's dead end.

Shortly after noon, the natural gas had reportedly been shut off by Union Gas.