Suspected bank robber arrested shortly after escaping in a taxi 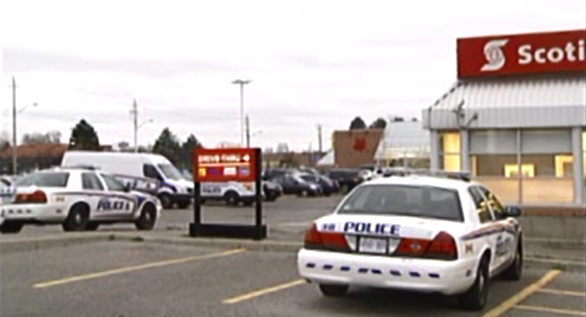 Police cruisers park outside the Scotiabank along Montgomery Road near Wellington in London, Ont, following a robbery on Thursday, Nov. 12, 2015. (CTV London)

The suspect fled with the cash in a taxi before making an escape on foot. Multiple officers attended the area. The suspect was located nearby and arrested without issue.

No one was injured as a result of the robbery and all of the money was recovered.