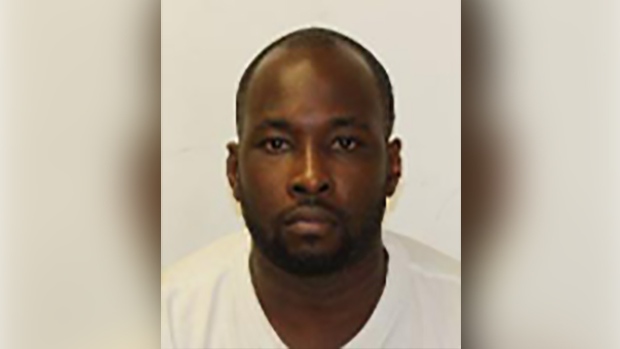 Omar Oneil Williams, 37, is seen in this undated photo released by the London Police Service.

London police say tips from the public led to the arrest of a man on Thursday who was wanted in an assault and robbery in the city.

Omar Oneil Williams, 37, was wanted on charges of robbery, forcible confinement, assault with a weapon, assault and possession of a prohibited weapon contrary to prohibition.

The charges stem from an incident at a home on Wellington Street near Simcoe Street on April 15.

Police say a woman was tied up, Tasered and assaulted before the man fled in her vehicle. She had met him through an online ad. She suffered minor injuries.

Williams is expected to appear in a London court on Friday.