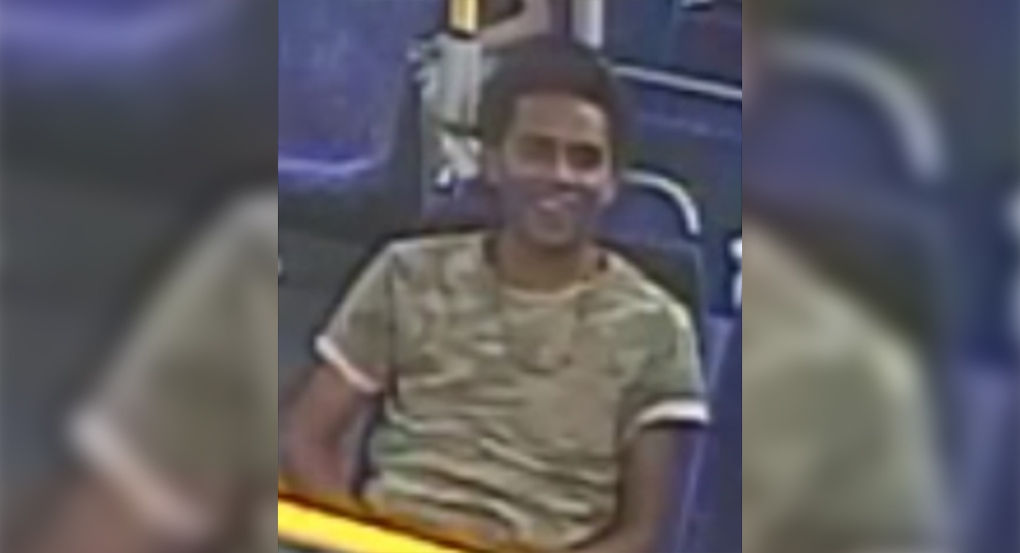 This image released by London police shows a suspect sought in an alleged sexual assault on a city transit bus on July 31, 2020.

MIDDLESEX CENTRE, ONT. -- London police are asking for public help in connection with an alleged sexual assault on a city transit bus two weeks ago.

The incident happened around 9 p.m. on July 31 on a London Transit Commission (LTC) bus.

According to police, a female passenger was approached by a male passenger and sexually assaulted before he exited the bus in the area of Hamilton Road and Rectory Street.

The female did not suffer physical injuries and reported the situation to police.

The suspect is described as:

Police are seeking the public’s assistance to identify the suspect, and anyone with information in relation to this incident is asked to call 519-661-5670 or Crime Stoppers at 1-800-222-TIPS.