Suspect sought for assault after allegedly spitting on man 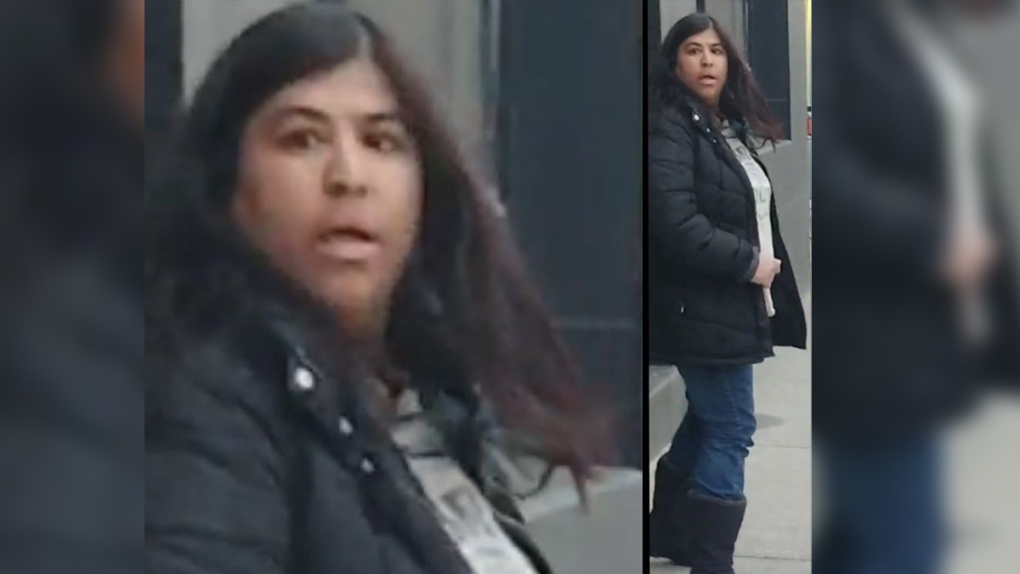 A woman sought in an alleged assault in London, Ont. on Monday, May 11, 2020 is seen in this image released by the London Police Service.

MIDDLESEX COUNTY, ONT. -- London police are asking for public help to identify a suspect who allegedly spit on someone waiting outside a Richmond Street restaurant.

The incident happened around 7:40 p.m. on May 11, outside a restaurant at 573 Richmond St., across from Victoria Park.

Investigators say a man was in line at the restaurant when he was approached by a woman with a young child and the woman started a conversation.

After reportedly asking the woman to give him more space due to the COVID-19 pandemic and as she was standing close to him, an argument ensued and the woman reportedly spit in his face.

A witness is said to have observed the entire interaction, and the victim snapped a photo of the suspect as she left the restaurant. He was not injured.

Police have so far been unable to identify the woman, and have released the image to the public in hopes of identifying her.

She is described as five feet, five inches tall, 30-35 years of age with a medium build and long, straight black hair. She was wearing a black jacket, blue jeans and black boots at the time of the incident.