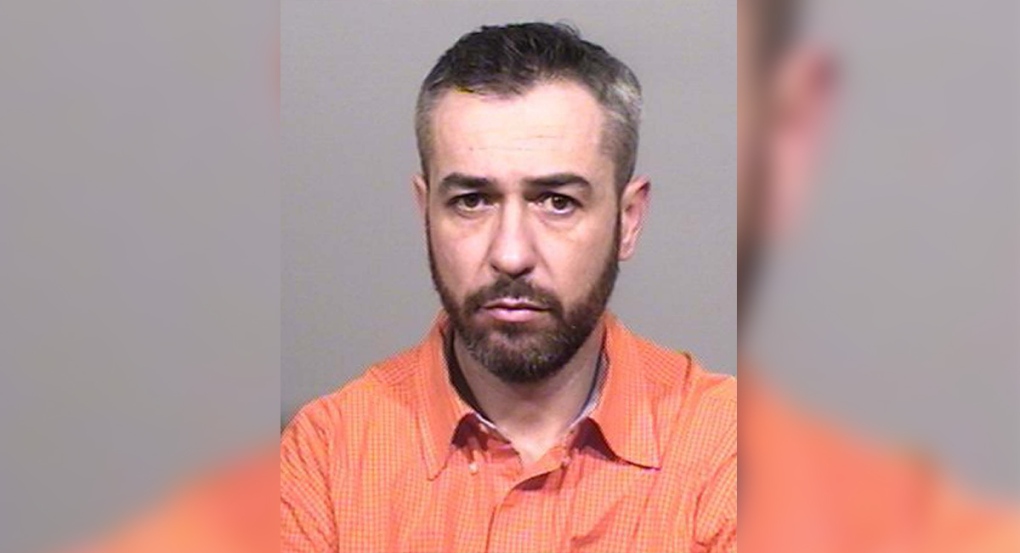 David Jacobs is seen in this image released by the Stratford Police Service.

LONDON, ONT. -- Stratford police are looking for a suspect wanted in relation to a violent assault and a break and enter.

The suspects allegedly placed the victim in a shed, assaulted him, and took off with several items.

One suspect has been arrested, but 40-year-old David Jacobs remains on the loose.

Anyone with information on his whereabouts should contact Stratford police.