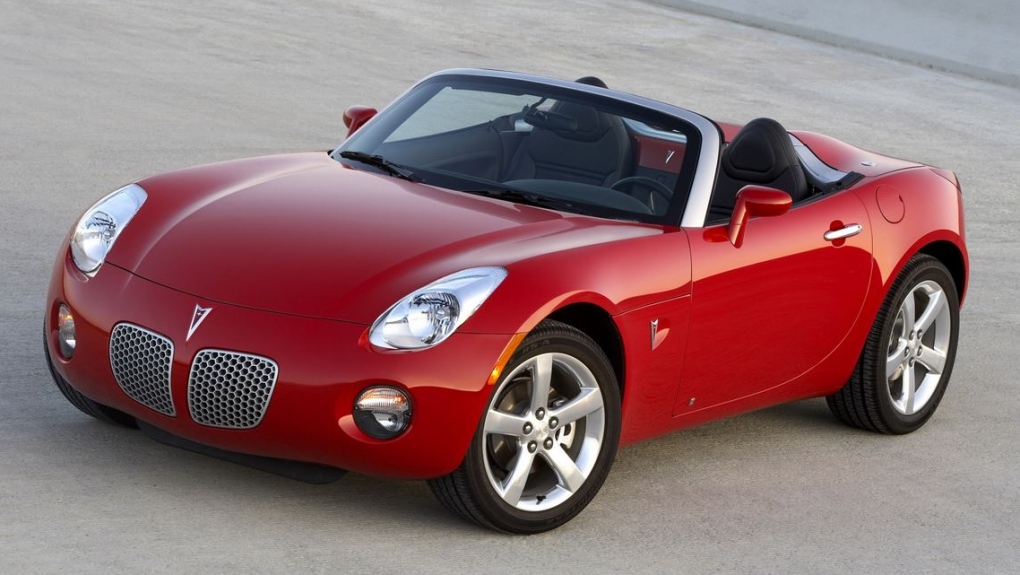 A vehicle similar to a 2007 Pontiac Solstice convertible, involved in a carjacking in London, Ont. on Monday, Sept. 23, 2019, is seen in this image released by the London Police Service.

London police are looking for public help after a man was injured in a carjacking downtown on Monday evening.

Officers were called to Waterloo and King streets around 6:50 p.m. after a man was assaulted and his vehicle stolen.

Police say when the driver stopped at the intersection a man got in the passenger side, produced a hatchet and ordered the driver to go around the corner.

Once stopped at York and Colborne streets, the driver reportedly attempted to disarm the passenger, and was punched in the face a number of times before exiting the vehicle and calling police.

The suspect drove away soutbound on Colborne and a subsequent search by police turned up empty.

The driver sustained minor physical injuries in the altercation.