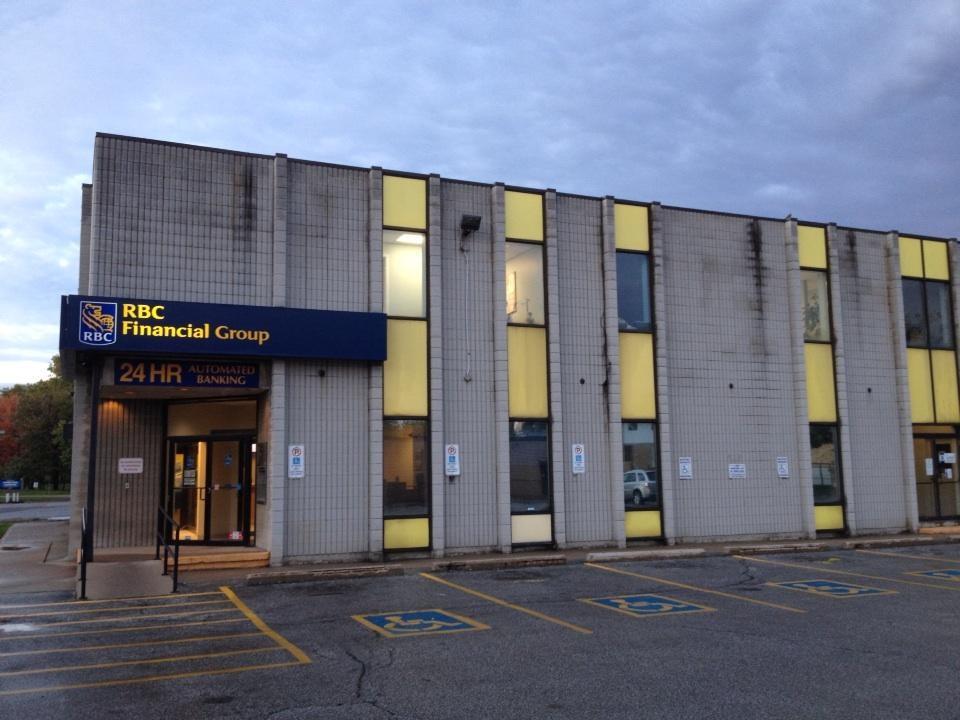 An armed robbery is under investigation at the Royal Bank branch in Corunna, Ont. on Monday, Oct. 6, 2014. (Sean Irvine / CTV London)

Lambton OPP are investigating after a robbery at the Royal Bank branch in Corunna on Monday afternoon.

Officers were called to the Lyndoch Street branch around 1:45 p.m. for a report of a robbery.

The male suspect was last seen running through the parking lot toward Murray Street.

He is described as 5'9" tall, wearing a black jacket with a logo on the front left side, light blue jeans and white runners.

OPP say he is believed to be in possession of a firearm.

The West Region Canine Unit, Emergency Response Team and Tactics and Rescue Unit were all called in to assist, but a search of the area was unsuccessful.

The West Region OPP Forensic Identification Services Unit has also been called in to assist with the investigation.