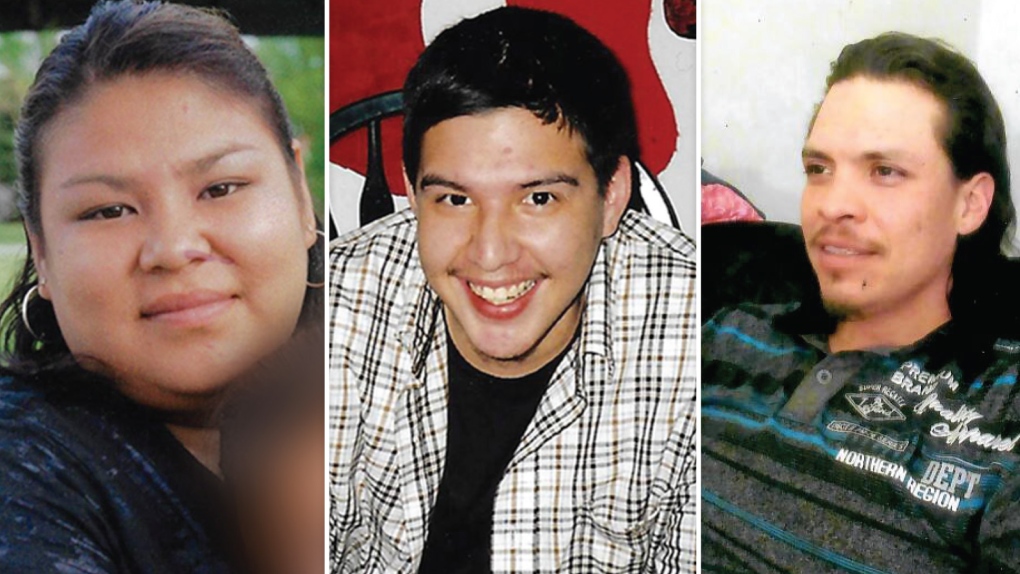 From left, Melissa Miller, Alan Porter and Michael Jamieson, all residents of Six Nations of the Grand River, were found dead in Middlesex Centre, Ont. on Nov. 4, 2018. (Source: OPP)

The woman charged with being an accessory after the fact to the murders of three people found dead southwest of London, Ont. will be held in custody.

Kristen Bomberry, 36, of Six Nations of the Grand River First Nation, appeared in a London court for a bail hearing on Tuesday.

Bomberry was tearful at times as whe waited in the prisoner's box for the judge's decision.

A publication ban prevents disclosure of any other evidence heard at the bail hearing.

Bomberry is currently the only person charged in the deaths of three people found dead just outside the Oneida of the Thames First Nation on Nov. 4, 2018.

The bodies of Melissa Miller, 37, Alan Porter, 33, and Michael Jamieson, 32, were found in a stolen pickup truck in Middlesex Centre.

Bomberry was arrested Nov. 23 and charged with three counts of accessory after the fact to murder.

The OPP and Six Nations Police investigation into the murders continues.