Suspect in dog abuse video turned himself into police 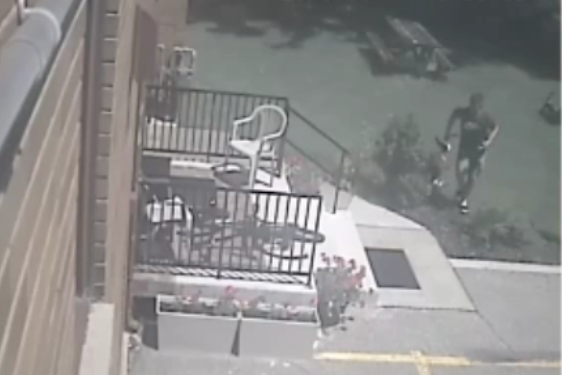 Video surveillance shows a man with a dog after the dog was beaten.

London Police say that the suspect wanted in relation to the abuse of a dog caught on video has turned himself in.

According to police Kyle Langford turned himself into police early Thursday and is expected to appear in court later today.

The video, obtained by CTV London over the weekend, shows a man punching, dragging, and kicking a dog outside of an east London residence.

The video immediately drew reaction online, being shared several hundred times, and leading some to comment in relation to vigilante justice.

Police urged calm within the public, noting these incidents can raise a lot of emotions.

According to police the dog in the video has been located, is with its owner and is safe. Langford is not the owner of the dog.