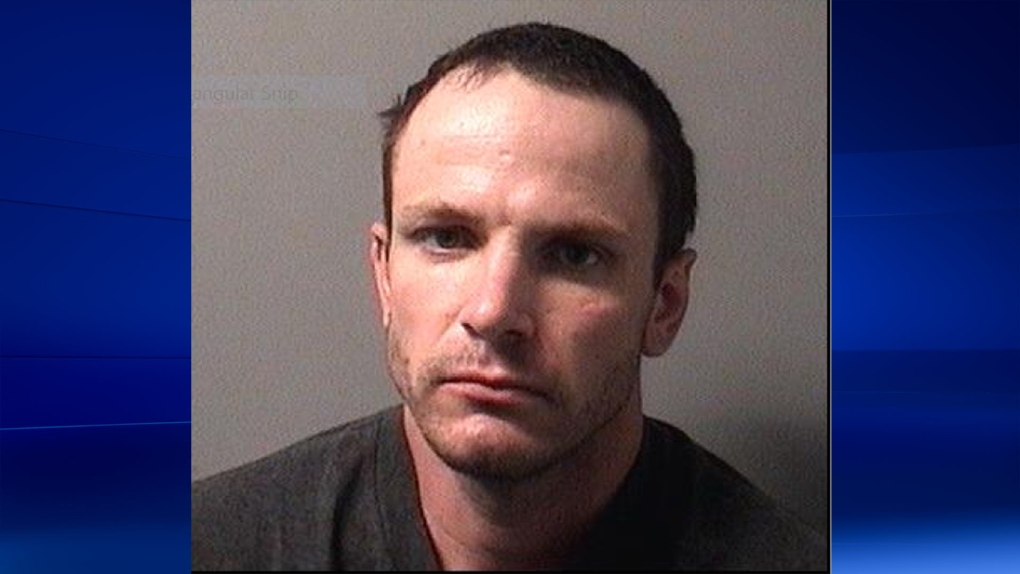 A man wanted for stealing a police van, among other things, was again able to elude police officers trying to bring him into custody.

Kyle Moore is wanted for a series of crimes across southwestern Ontario.

The tally includes a dozen offences alleged to have taken place in Huron and Perth counties last week, including the theft of the Wingham Police van – which came to an abrupt end when it crashed into a tree in Listowel.

Police have said that Moore was seen running away from the crash site barefoot.

On Friday, a man believed to be Moore was spotted carrying a gas can in Hanover.

Hanover police say the man was seen at the intersection of 8th Street and 12th Avenue.

Following a foot chase, a section of Hanover was contained by police. Moore was not found anywhere in the containment area, although officers did find a pickup truck that had been stolen from Lambton County.

Police believe Moore may also be behind the theft of an SUV that was reported stolen Saturday morning from a property on 9th Street in Hanover. The SUV was later found 35 kilometres away, in the community of Desboro.