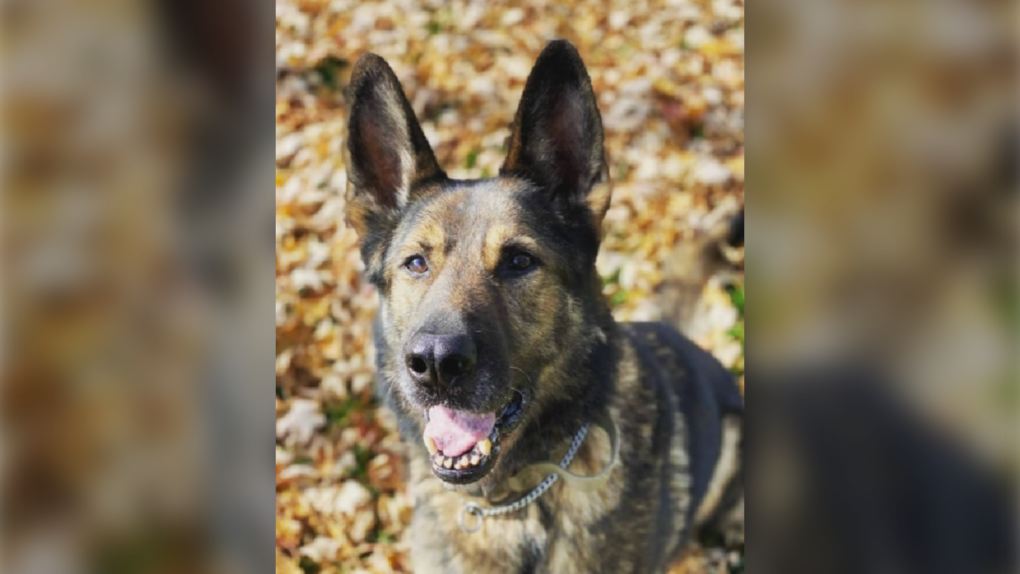 A suspect who was charged after allegedly stealing a vehicle was nabbed by an OPP police dog named Blitz earlier in the week, Lambton County police said.

According to a press release from Lambton County OPP, at 9:15 p.m. on Nov. 28, police were contacted regarding a suspicious person at a rural property located on Zion Line.

Upon arriving at the property, officers determined that the vehicle the suspicious individual had arrived in had been reported stolen.

Police said a canine track was then initiated by a police dog named Blitz, who successfully located the individual.

The suspect was then taken into custody.

“He may be 11 years old, but he's still got lots of drive to do the job he loves! Way to go Blitz!” West Region OPP wrote on Twitter.

As a result of the investigation, a 42-year-old man from Lambton Shores has been charged with the following offences for their alleged involvement:

The accused has been released from custody following a bail hearing.