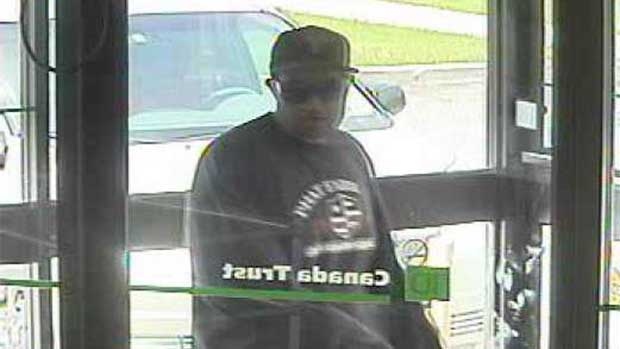 A suspect wanted in connection with a robbery at the TD Canada Trust branch at Bradley Avenue and Ernest Avenue is seen in this image provided by the London Police Service.

A 27-year-old man has been arrested after a robbery at a TD Canada Trust bank in London.

London police say a lone male suspect entered the bank at 1420 Ernest Ave. on Friday at about 1 p.m.

The male approached staff, demanded money and left the bank moments later with an uknown amount of money, according to police. No weapon was seen and there were no injuries.

A suspect was arrested on Saturday at approximately 10:45 p.m. without incident.

Michael Bouzied, 27, of no fixed address, has been charged with robbery and having his face disguised.