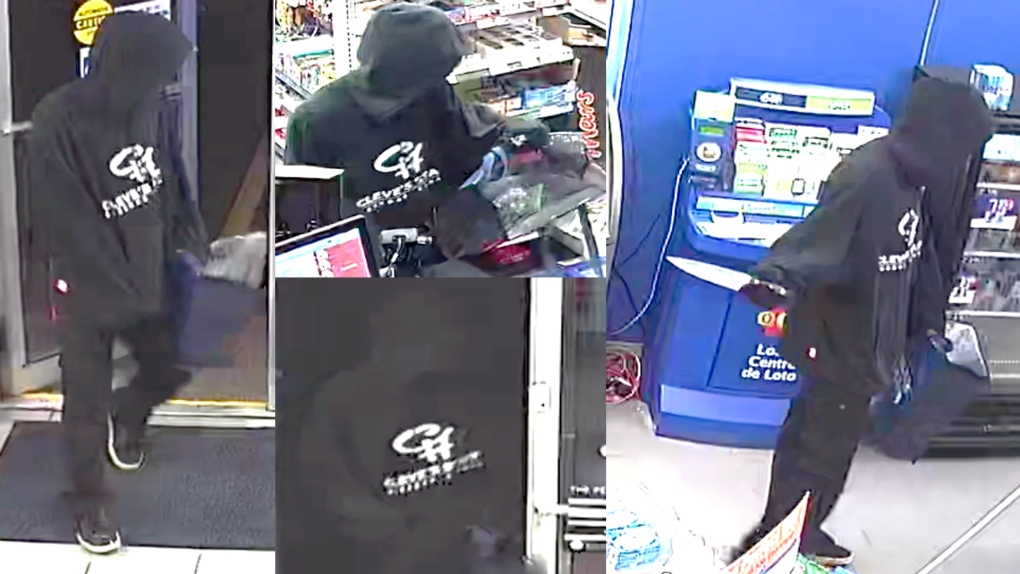 A series of photos released by the Woodstock Police Services shows a suspect sought in a gas station robbery on Thursday, May 23, 2019.

Woodstock police say an arrest has been made in connection with a pair of robberies at an Esso Gas Station in the city.

Officers responded to a reported robbery at the business at Norwich Avenue and Parkinson Road in Woodstock shortly before 3 a.m. Thursday.

The same location had reportedly been robbed one week earlier by a masked male brandishing a knife.

Police had released photos of the suspect, asking for public help to identify him.

Investigators now say both robberies are believed to have been committed by the same suspect.

Just hours after the second reported robbery, officers, along with the K9 Unit arrested a 20-year-old Woodstock man in the incidents.