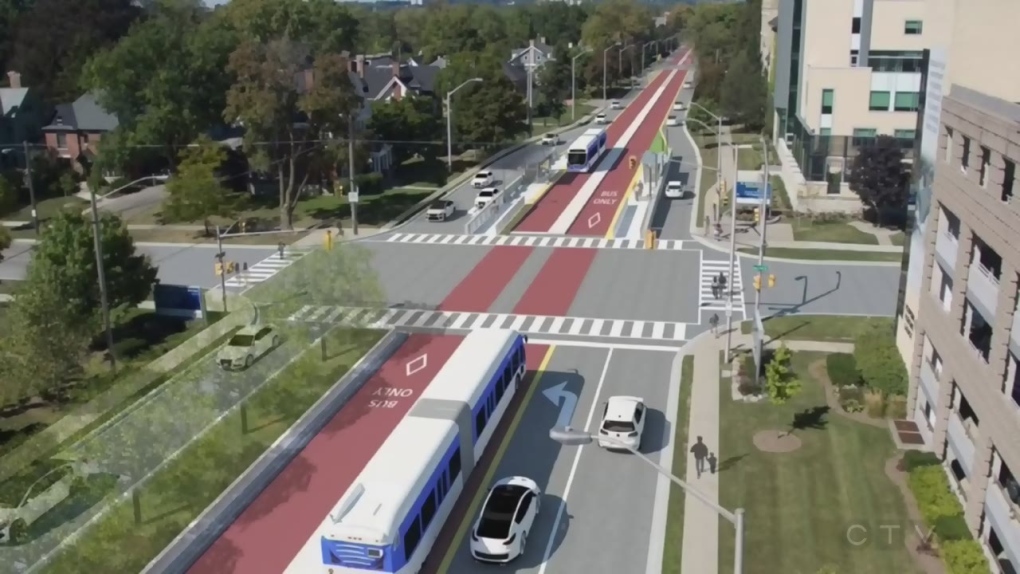 A new survey commissioned by an anti-Bus Rapid Transit organization shows that 67% of those asked are opposed to the initiative.

The survey of 712 Londoners was conducted by Forum Research of Toronto.

“We felt it was important for the City Council, before it votes on May 15, to understand what residents think about this largest infrastructure project ever proposed for London,” said Dan McDonald of Down Shift London in a news release.

“Clearly, the BRT is highly unpopular. If Council approves the plan, it will be doing so without a mandate from the public and against the wishes of most voters.”

The poll also shows 69% of residents will less likely vote for a councillor in 2018 who supports BRT.