Surprise! Strapping an ATV to the roof of a car is not safe 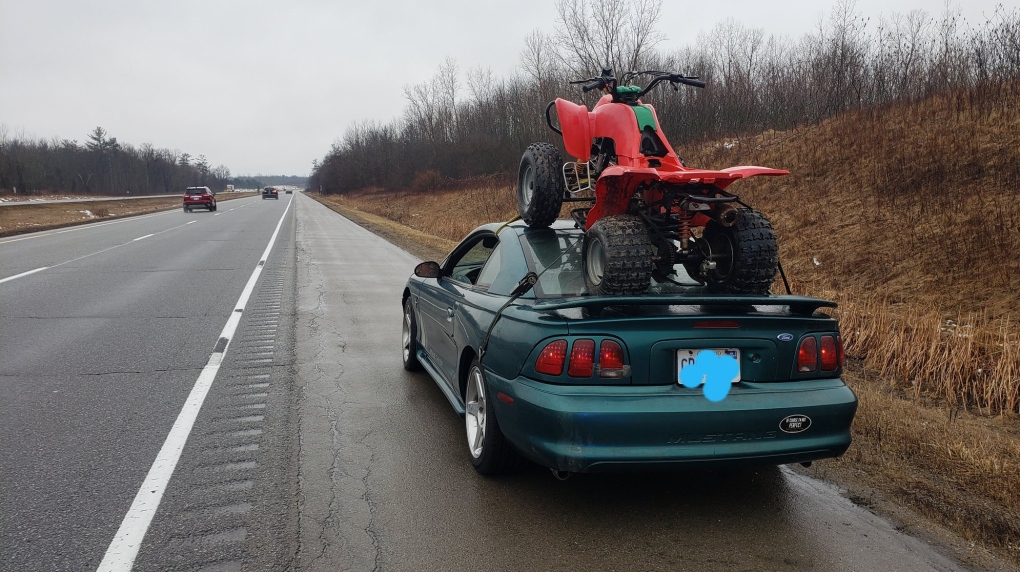 OPP pulled this vehicle over after it was spotted on Highway 403 in Brant County. (Courtesy OPP West Region)

LONDON, ONT -- This may or may not come as a shock, but strapping an ATV to the top of a vehicle is not the safest choice.

Provincial police had to give this lesson to a driver in Brant County after a green Ford Mustang was spotted with an ATV tied to its roof heading down Highway 403.

“After more than 27 years as a police officer I honestly have to say I have never seen this before,” read a tweet from OPP West Region.

Police pulled the vehicle over after it was spotted, but have not said if any charges were laid.

OPP want to remind people to think before heading out onto a 400-series highway.