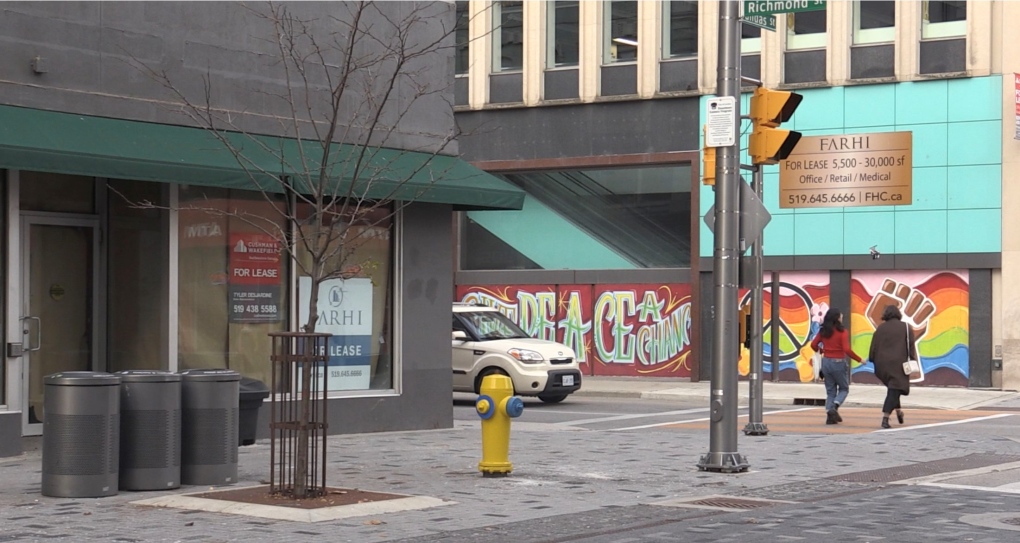 Economic recovery from the pandemic will take years in Downtown London and the Old East Village.

On Tuesday, councillors took their first step towards developing a plan to revitalize London’s core business districts and tackle a blight of vacant buildings.

“The ‘Live-Work-Learn-Play’ (report) used 2014 numbers and told us 55,000 people came into our downtown every day. The number in the new Strategic Plan for the BIA used 2020 numbers. That was down to 33,000.” said Councillor John Fyfe-Millar who represents the downtown. “What we don’t have is what do our actual post-COVID numbers look like?”

According to a staff report, vacant office space rose to 20 percent last year.

“The land-locking downtown is significant in terms of stalling any progress that we might have in revitalizing the core,” explained Councillor Stephen Turner to his council colleagues.

“One option that might be worth considering is expropriation in certain circumstances where it might be a little more surgical,” suggested Councillor Turner.

“There has to be a very good municipal justification for expropriation,” said Lewis. “I’m not sure vacancy downtown would give us grounds to do that.”

Ground floor commercial vacancy in core business districts may be the most noticeable symptom, however, Councillor Maureen Cassidy reminded council members that the upper floors are usually residential.

“If we do think (about) strategic acquisition or even expropriation, there is a municipal justification there when we look at the crisis we have with housing in the city,” she said.

She proposed a process similar to city hall’s Industrial Land Strategy that acquires key properties for eventual sale to companies ready to build.

Council also discussed the possibility of a vacancy tax in the core to disincentivize land speculation.

At this time the province only permits a vacancy tax on residential properties, but city staff said they will look deeper at the options in their upcoming examination of core area vacancies.