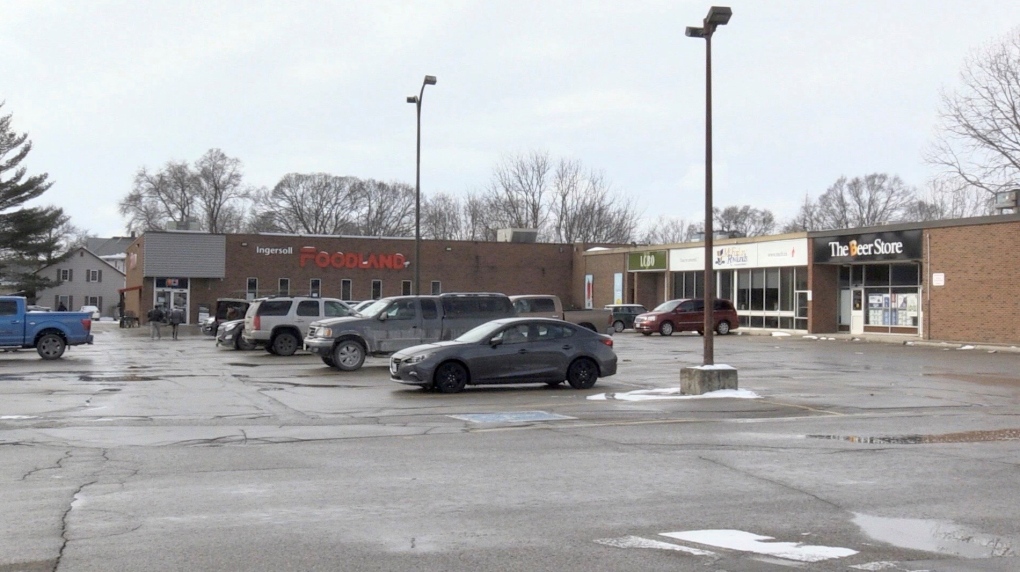 A person was found unresponsive in a vehicle parked in this lot on Charles Street West in Ingersoll, Ont. as seen Monday, Feb. 15, 2021. (Jim Knight / CTV News)

MIDDLESEX CENTRE, ONT. -- OPP are investigating a sudden death after a person was found unresponsive in a vehicle in Ingersoll, Ont.

Officers responded for reports of a suspicious vehicle at a Charles Street West address around 7 a.m. Monday.

When they arrived, an individual was reportedly found inside a vehicle parked in the lot of an area business.

The coroner attended and the person was pronounced dead at the scene.

The Oxford County OPP Crime Unit along with OPP Forensic Identification Services are assisting with the investigation.

Officials say a post-mortem exam is scheduled to determine the cause of death and the investigation is ongoing.