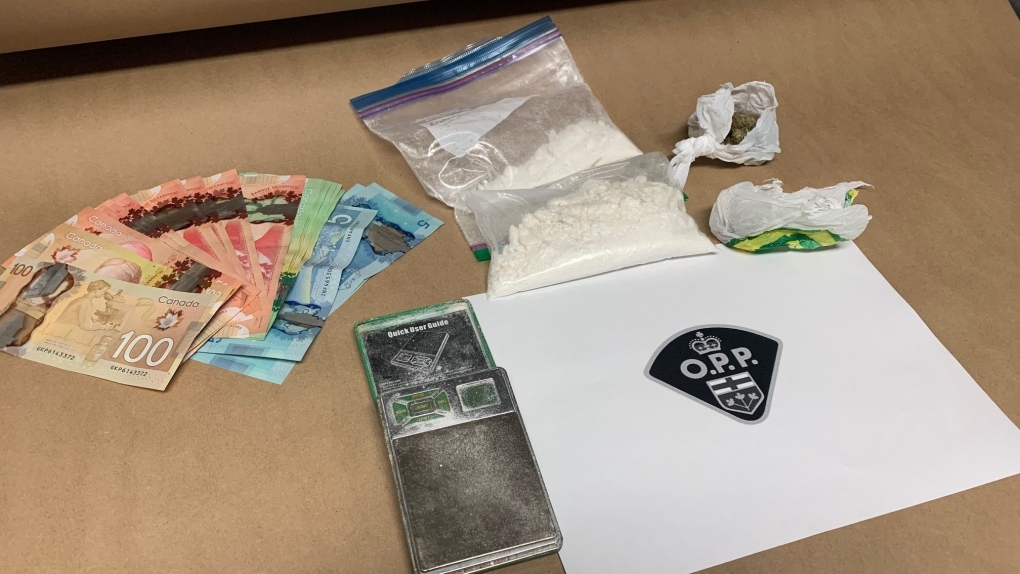 Provincial police uncovered a quantity of drugs and cash during a traffic stop in Norfolk County. (OPP Twitter)
London, Ont. -

A driver in Norfolk County earned themselves more than just a ticket after being pulled over for stunt driving.

A 27-year-old from Mississauga is facing numerous criminal and Highway Traffic Act charges after a traffic stop along Brantford Road.

According to police the driver was pulled over for stunt driving which comes with its own set of strict penalties.

However, police would soon discover a quantity of illicit drugs and cash.

Officers on scene were able to recover suspected cocaine, a quantity of cash, and cannabis.

As a result the driver is facing several charges.

Lamborghini wrecked and abandoned in the middle of Montreal boulevard

Police are investigating after a Lamborghini wound up smashed and abandoned in the middle of a Montreal boulevard.