There is no definite reason as to why, but Harding speculates that racing charges increased when roads emptied during the pandemic.

Paul Macrakos, who lives in North London, said drivers tend to speed in his neighbourhood during the late evening hours.

"There is definitely speeding probably more at evening than day, in the evening people aren’t that visible and people could easily get hit.”

As a result of provincial and municipal officers reporting spikes in driving offences, the government introduced legislation Sunday afternoon, that would among other things, increase vehicle impoundment times and lengthen licence suspensions.

"I think it sends a clear message to drivers that driving is a privilege and those who threaten the safety of others have no place on our roads…It will focus the most significant repercussions on the most deserving,” said Sgt. Harding. 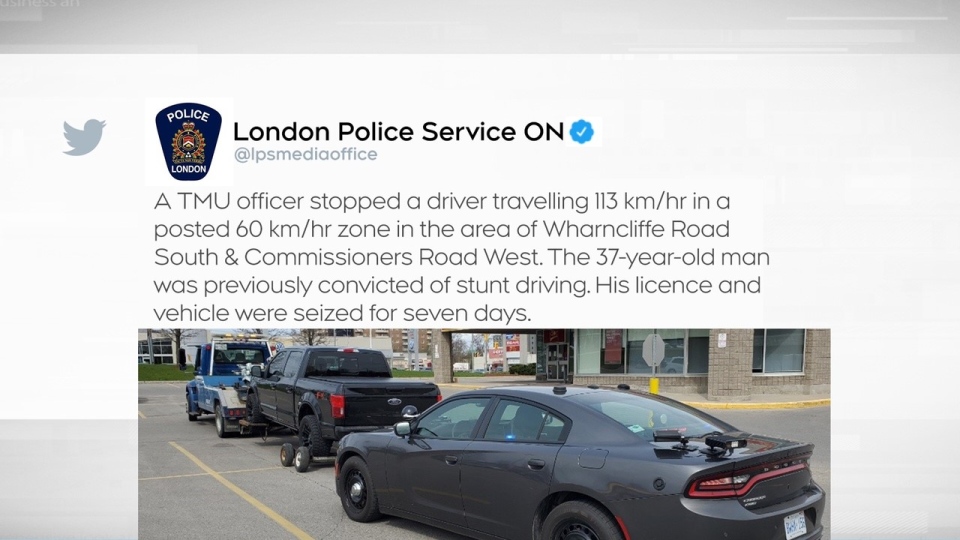 London resident, Adam Hueniken who lives on Kent and Richmond street, says his neighbourhood is starting to sound like a racetrack.

“Sometimes it will just be a random explosive sound with a muffler or exhaust… It could be 2:00 am and I will be dead asleep and its like 100 decibels will echo down this completely empty street… they’ll just explode out of of there.”

“Just in a two week time, we wrote 535 muffler-related charges, and that just shows the scope that we are dealing with.”