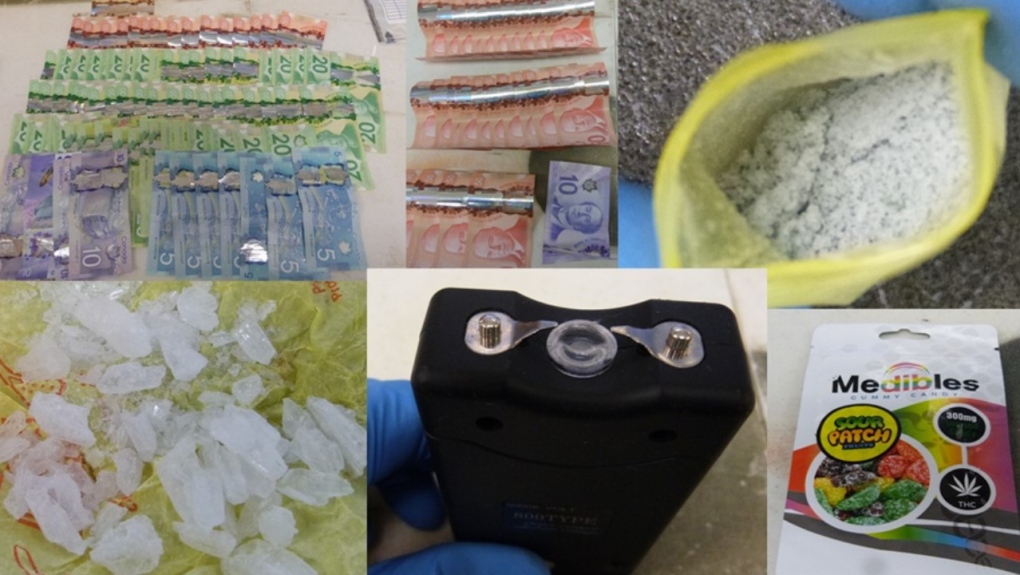 LONDON, ON -- An arrest has been made following a drug trafficking investigation in Owen Sound.

The suspect, a 42-year-old man from Owen Sound, was arrested in the 1000 block of 2nd Avenue East Tuesday evening.

At the time of his arrest, police located a concealed stun gun, a knife, an expandable baton, $3,400 in cash, methamphetamine, suspected fentanyl and edible cannabis products.

He is now facing charges including possession for the purpose of trafficking, possession of prohibited weapons, and carrying a concealed weapon. He was also charged with breach of a release resulting from a previous criminal charge in another jurisdiction.

The suspect remains in custody after appearing in court on Wednesday.