Struggle on the streets: Brian's story of survival

On an empty lot in a retail section of west London, Ont. lives a man trying to escape homelessness. His name is Brian McManus.

He is 50 years old and has been living on the streets for four years.

“I just can’t believe this has happened to me,” he tells CTV News London.

For the past 14 months, McManus has lived in a makeshift shack, which he has lined with plastic in the hopes of keeping warm during the current deep freeze.

“Keeping it sealed is a difficult thing, but it is working," he says.

That includes the extreme cold of the past many nights.

His 74-year-old mother, Barb Jones, also of London, is desperate to help her "boy" find an apartment.

“Once a mother, always a mother,” she says.

Jones contacted CTV News London hoping the public would hear his story. Through tears, she explained why.

“It just breaks my heart he’s out here, and I can’t do anymore.”

She says agencies have either failed her son or failed to adapt to his mental health. 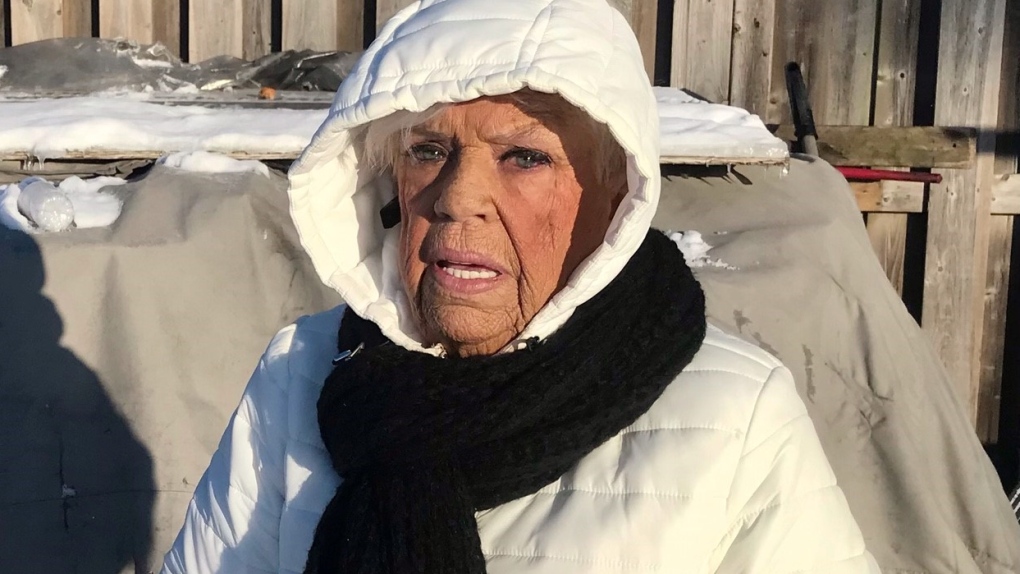 For his part, McManus blames a deteriorating relationship and past troubles for his homelessness.

Both he and his mother say he beat a drug addiction years ago.

The extreme cold has taken a toll. He says he can no longer feel his fingertips and struggles to keep his hands and body warm.

Like most experiencing homelessness, McManus’s winter wear is often stolen, as his gloves were the night before he spoke with CTV News London.

“It’s like the 'Bank of Brian' I used to say, when you leave, you’ve got to expect you’re going to lose it.”

Thankfully, those working for businesses in the area are generous. One local shop owner just bought him a new winter coat. In return, McManus says he picks up all the garbage he sees in the area.

Like others who live on the streets, he could turn to shelters to stay warm.

But he says it is not an option that works for his independent personality and previous history.

Jones says she used to push him to go, but has since backed off. She worries her son could find himself back in the wrong crowd.

But the longer he stays on the streets, the harder it is to survive the cold and resist the temptation - McManus says - to take things to stay warm.

“It’s so expensive to be homeless and be legal, people don’t understand that.”

So with apartment rentals skyrocketing out of reach and geared-to-income locations hard to obtain, what options are left?

Jones, herself on a fixed income, is at a loss as she lives in a one-bedroom seniors' apartment. Meanwhile, her heartache grows.

“I’m at my limit and I can’t help him. He needs a roof over his head, a home, a basement apartment, a garage, anything. He needs help!”

And this “always a mom” is pointing fingers at London's leaders in an emotional plea.

“There is money in this city, millions of dollars, but they forget about the underdog people!”

And as McManus looks to find a way to stay warm, for yet another night, he says his mom's assessment is spot on.

“We get the last of the line, and others have an advantage over us. I find that difficult.”

He says he is searching for a way “off his island” to a simple paradise with a roof and a warm bed.

“I feel like that movie Castaway. I get caught talking to myself in despair. I just can’t believe it.”

Prince Charles says he and Camilla, the Duchess of Cornwall, were departing Canada with 'heavy hearts' and a deeper understanding of residential schools after their royal visit wrapped in the Northwest Territories.