A gale warning was issued for the lake by Environment Canada, even as the Long Point Region Conservation Authority (LPRCA) issued a flood warning.

Strong southwesterly winds were expected to reach 65 km/h with gusts up to 85 km/h Friday.

Just to the west in Port Bruce, raging winds and waves could be seen along the front edge of Lake Erie’s eastern shoreline.

Ken Vandendool, shouting to be heard above the wind, says, “Erie is upset today!”

Ben Hodi, an LPRCA spokesperson says the wind is to blame for all of this wild weather action, as it is shifting water from one end of the lake to the other.

“It really does set Lake Erie up and push water from the western basin to the eastern basin that results in the rise of the water levels.”

The public is asked to stay away from the Lake Erie shoreline during this time.

Despite the difficult conditions on Friday, it was actually far worse back in Nov. 2020. 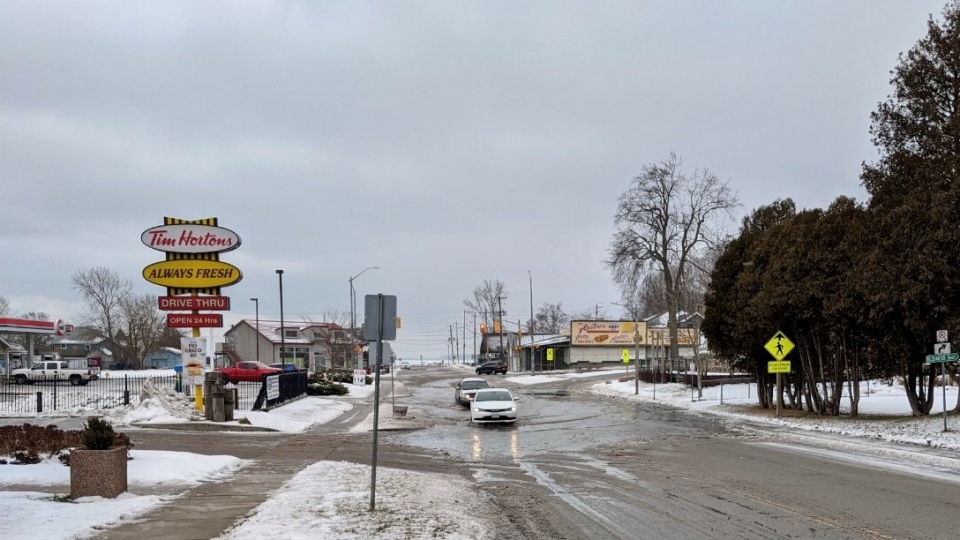 By comparison this storm doesn’t match up in Port Dover. It appeared to cause only minor downtown flooding by mid-afternoon Friday.

Still, this storm shouldn’t be happening in a typical year.

“We are hoping some good solid shore ice does form on the shoreline to help reduce the erosion and also some good surface ice on Lake Erie as well to reduce the risk and threat and potential for flooding.”

But while the turn to colder weather will help freeze the lake, Hodi says it will also cause crashing waves to suddenly freeze onto the surfaces of cottages and key shoreline areas.

So in other words, Mother Nature is finding any way to let us know she’s in charge.