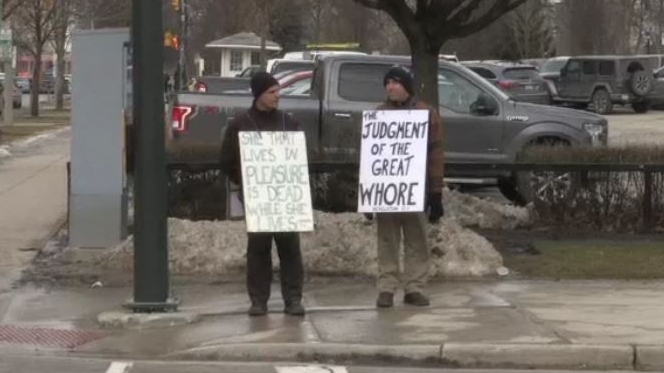 A pair of street preachers are now facing charges under the city's new public nuisance bylaw.

So far this year city hall has received over 75 complaints regarding the men.

Orest Katolyk, chief municipal law enforcement officer, says, "Nobody should be subjected to verbal abuse on our city streets, no woman, no man no child. It's public space and it's our space and people should be able to enjoy public space without being verbally abused because of what they are wearing, their status of employment or anything else."

The men are expected to appear in front of a judge to answer to the charges.

The City of London amended its public nuisance bylaws in 2018.

Under the act, "No person shall, in a Public Place, unnecessarily interfere with another person’s use and enjoyment of the Public Place by using abusive or insulting language as a personal invective."