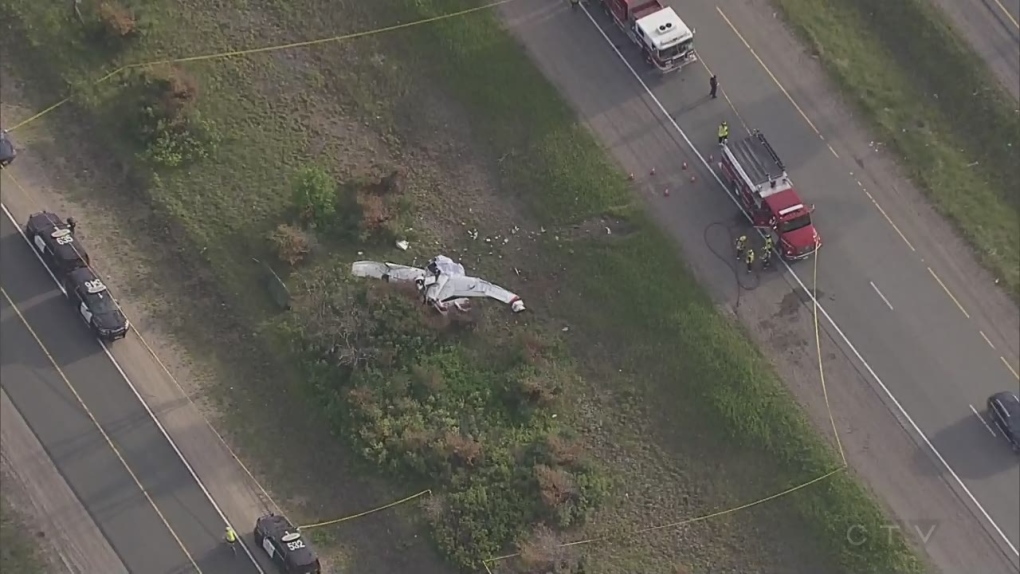 A Stratford man and a Bracebridge man are dead after a plane crash in Gravenhurst.

The occupants of the aircraft have been identified as Allan Metivier,48, of Stratford and Ted Dirstein, 66, of Bracebridge.

Investigators were on the scene Friday evening trying to determine the cause of the crash.

Witnesses say it appeared as though the plane fell out of the sky.

Investigators were on the scene Friday evening trying to determine the cause of the crash.

But the plane ended up crashing between Highway 11 and the runway.

Pieces of the small plane were scattered along the road near the Muskoka airport.

Highway 11, one of the main highways in and out of cottage country, was closed.

Hours after the crash the Transportation Safety Board said it was sending investigators to assess the situation.

Drivers were stuck for several hours while the investigation continued.