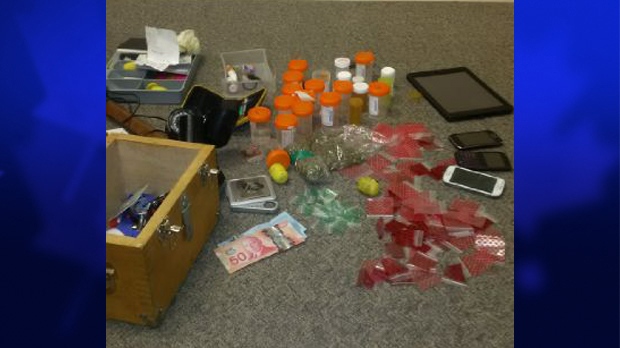 Items seized from an apartment on Wellington Street in Stratford are seen in this photo provided by police.

A drug bust in Stratford has left a 24-year-old man facing several charges, after police discovered over 1,000 syringes in an apartment.

Officers also discovered 1,000 used syringes - most of them capped in sharps containers - while others were scattered across the apartment.

Police estimate the total value of the drugs to be $1,000.

The man was held in custody for a bail hearing.