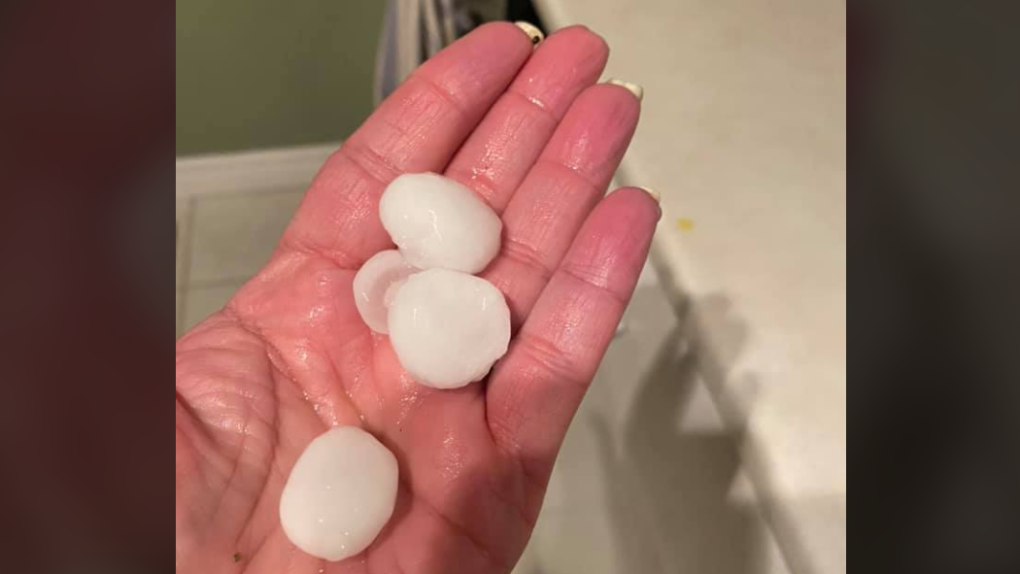 Hail the size of chocolate Easter eggs was found across London on April 7, 2020. (Courtesy Sarah Schmor)

LONDON, ONT -- A line of thunderstorms lit up the sky across southwestern Ontario Tuesday night, while some areas were pummelled with large hail.

In London viewers reported a barrage of lightning and hail as the storms moved across the city.

On Facebook Sherry Randell commented that is was “One of the weirdest storms ever.”

Several viewers shared photos with CTV News of the hail they found as the storms went by. 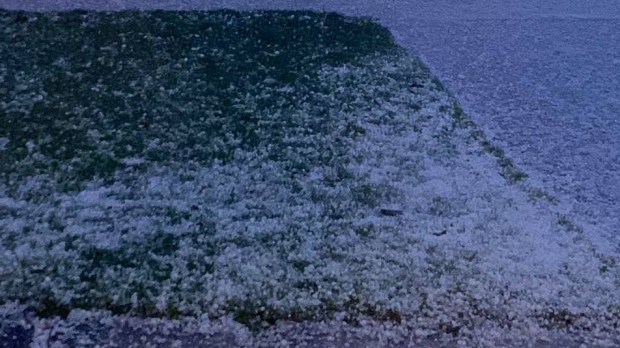 As of 7:30 a.m. the London region was all calm but fog had descended on the area.

Wednesday is shaping to be a warmer day with a high of 17C before more showers move in overnight ahead of cold front for the long weekend.