LONDON, ONT -- It was billed as a significant storm, and it proved to be correct as communities along the Lake Huron shoreline reported flooding and damage, including Grand Bend.

While the waters have since receded, at one point River Road was covered in water as a storm surge moved in off the lake due to high wind and waves.

There was also flooding at the Grand Bend Yacht Club and witnesses say the newly opened White Caps takeout restaurant was also surrounded by water.

"That's the highest I've ever seen it," he says. "I was able to get through, but it was probably a foot, a foot-and-ahalf high and getting higher."

Flood Warnings were issued Sunday afternoon in preparation for the storm.

The Maitland Valley Conservation Authority said that waves as high as five metres were possible in areas along Lake Huron Sunday afternoon.

At its height, the storm brought sustained winds around 70 km/h and gusts up to 100 km/h were expected. 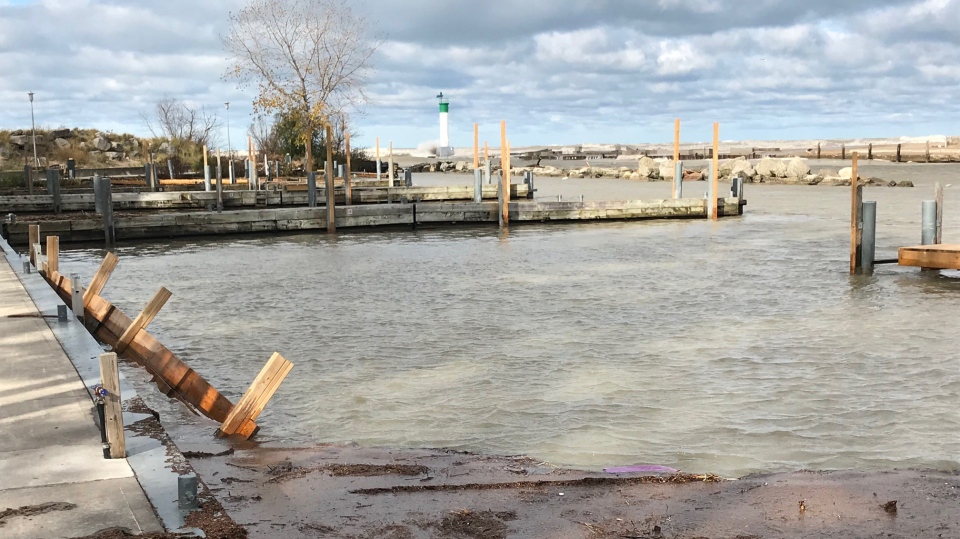 The storm was so strong, huge concrete blocks along the pier were picked up by the wind and waves and tossed around.

John Scott Pearce, who was cleaning up a local business, says "That is a ton of force, isn't it. So if a 4,000 pound block can get moved off a pier, you can imagine some of the cottages."

It is unclear how extensive cost of the damage - and the cleanup - will be once everything has been assessed. 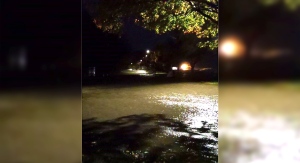