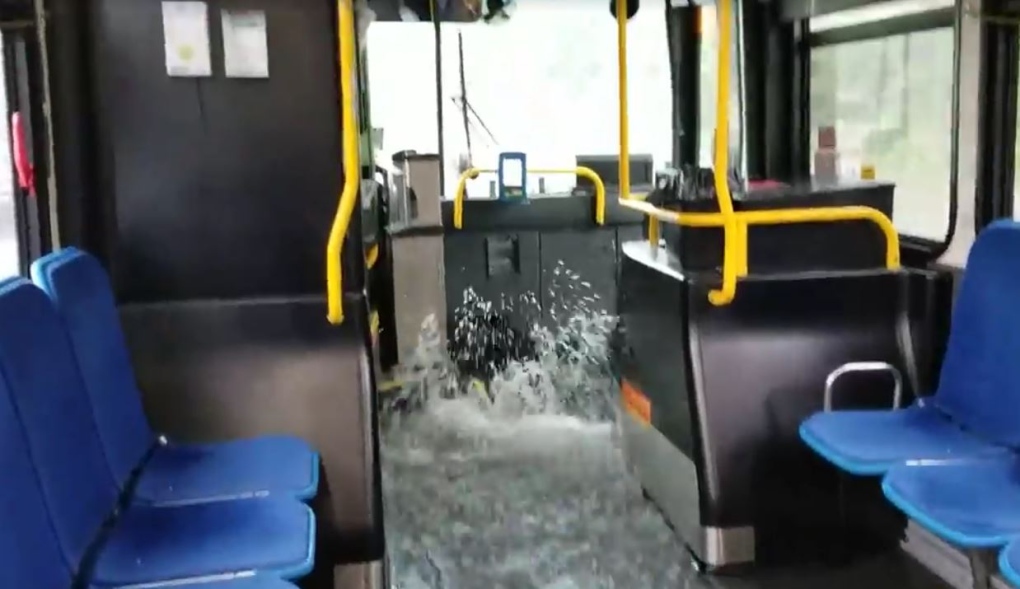 Water rushes through an LTC bus due to flooded streets in the area of Oxford Street and Proudfoot Lane on Thursday, July 5, 2018. (Photo: Amar Ujjani)

A thunderstorm that tore through the city caused flooding and power outages.

Hundres of customers were without power in pockets of the city including in the Fanshawe Park Road and Richmond Street area as the storm came through Thursday afternoon.

Goodwill Industries closed its Sherwood Forest location due to flooding after the storm. A Tweet from Goodwill said it was also closing to help out some of its neighbours inpacted by the flooding.

Some soccer fields and baseball diamonds were closed for the evening.

On one LTC bus water rushed into the bus as it drove in the area of Proudfoot Lane and Oxford Street.

"The operator waited for two minutes and then decided to enter the flooded area," said Amar Ujjani, who was on the bus and recorded a video.

He said no evacuation was done, but the water seeped out of the bus fairly quickly.